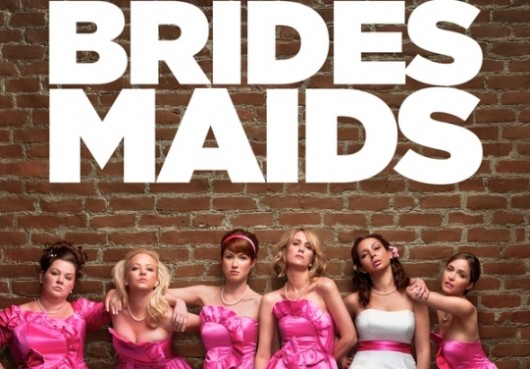 January ennui has set in, and some Oscar prognosticators are talking up “Bridesmaids” as a possible Best Picture nominee for the Academy Awards. “Bridesmaids” is a lot of fun, and very smart, but really, it isn’t an Oscar nominee. Golden Globes? Yes. But “Bridesmaids,” directed by Paul Feig and co-written by its star, Kristin Wiig, is like a series of great sketches that rise and fall on their own merit. Taken together, they really don’t add up to much. And some of it, we’ve seen before. Wiig and co-star Melissa McCarthy are terrific throughout, of course. But “Bridesmaids” is like “The Hangover,” a really smart gross-out movie that’s a little too gross for the Oscars. Still, an original screenplay nomination is definitely right, since some of those isolated bits are genius. I’m thinking of the toast scene, where Wiig and Rose Byrne keep trying to top each other; the Farrelly Brothers-like food poison set up in the bathroom; all of Wiig’s work on the plane to Las Vegas–which seems inspired by the famous “Seinfeld” piece about Jerry in first class and Elaine in coach. I loved Melissa McCarthy with all her puppies and costumes, and her delivery is priceless. But she’s swimming against the tide in Best Supporting Actress with Octavia Spencer from “The Help,” Berenice Bejo from “The Artist,” Jessica Chastain from like five movies, as well as Janet McTeer from “Albert Nobbs,” and Shailene Woodley from “The Descendants.” At best, McCarthy is 7th on the list. But that’s not bad in a field of 200 movies. Wiig and McCarthy are already on to new projects, and long careers. And “Bridesmaids” reward is the pot of gold it produced at the box office.