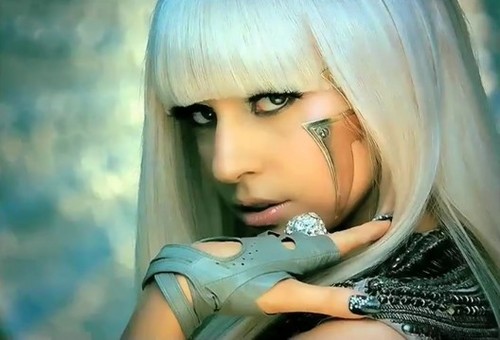 Lady Gaga–who apparently is also being sued by her former assistant–gave her fans a present on Saturday night. It was a new song she put up on YouTube. Taken from the unreleased tracks from “Born this Way,” the song–catchy and well sung, of course- features the F word in the title. “I’m Stuck On F—-in’ You” can be seen here.

Gaga writes on the YouTube entry: “So to give you a little background to the creation of this song. I wrote it in Minnesota after the Monster Ball on the tour bus. We recorded it in one shot. Fernando on guitar, Paul on Drum Machine. I wrote, sang it, and freestyled the last minute + a half of the song.”

Is it vulgar. crass, coarse? Yes. Yup, it is. Of course, I am over 50. When the Rolling Stones tried to released “Starf—-ker” it came out as “Star Star.” But that was a long time ago. Enrique Iglesias had the word featured in a song this year. Gaga’s song also featured the word “shit,” which I will print here. She’s so talented, but will do anything to get attention. Just anything. Maybe she’s worried because Madonna is coming out with her new single soon.

Why does she do it? Baby, she was born that way. Says a lot.

Someone wrote on YouTube that this reminded them of Janis Joplin. Uh, no, not really. Not so much, to use 2011’s most overused phrase.