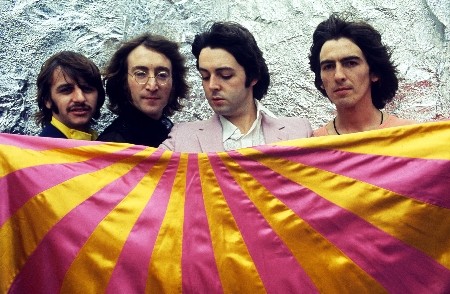 ITunes has put the Beatles’ studio albums on sale for $9.99 apiece. All of them. The White Album, a double, is $14.99. Why? Because it’s Christmas? Doubtful. The Beatles albums are never reduced even at retail in what used to be called “record stores.” No. The fact is, ITunes’ hold on the Beatles is coming to an end. No one wants to say when. But I’d say it’s coming up if they’re starting to discount the titles. When the Beatles and EMI announced the ITunes deal on November 15, 2010, they said it would last a year. So get ready for amazon to make a Beatles announcement soon…

…Elvis Costello lost his dad recently. Very sadly, Ross McManus, an accomplished British jazz musician, passed away at age 84. Meanwhile, Costello’s secret weapon for most his career, pianist/composer/Attraction/Imposter/musical director, Steve Nieve, is getting ready to release a new album of pop songs. Stevie Nieve is so talented it hurts. A few months ago he handed me a copy of “2Gether” and I haven’t stopped listening to it. Since then, Nieve released a CD’s worth of instrumental music to ITunes and amazon.com called “Lazy Point.”

But “2Gether” is full of beautiful vocals from very talented guest stars including Glenn Tilbrook of Squeeze, French singer Vanessa Paradis, Joe Sumner of Fiction Plane, Robert Wyatt (famous for his song “Shipbuilding”), Ron Sexsmith, New York’s very own Laurie Anderson, and Harper Simon. These are the catchiest, most engaging tracks anyone could want to hear. I’m addicted to several of them– a killer called “Up” with Joe Sumner, “Life Preserver,” “I Don’t Miss You,” “Reactor,” “Save the World” and “Vertigo.” The whole thing is like a box of chocolates. I can’t wait for Nieve to release this collection. Some small American label would do themselves a lot of good to get the rights to “2Gether.” While I’m waiting, I downloaded “Lazy Point.”

By the way, Steve is married to French philosopher/writer/psychoanalyst Muriel Teodori, the estimable and marvelous co-writer of their “Welcome to the Voice” opera. Not bad.