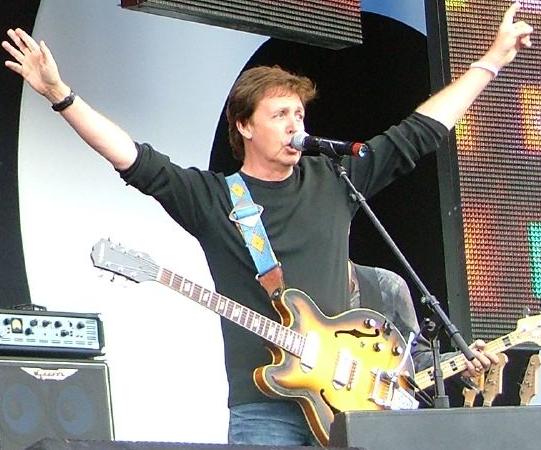 Exclusive: Paul McCartney wrote two new songs for his upcoming album of lost standards from the 30s, 40s, and 50s. In addition to songs written by or associated with Frank Loesser, Fats Waller, Charles Brown, and other legends, McCartney contributed a couple he wrote in the style of the great jazz classics. One of them, called “My Valentine,” is up on YouTube (see link here).

The album, whose title may be released this week, was produced by another legend, Tommy LiPuma, and features Diana Krall, John and Bucky Pizzarelli, and a collection of all star musicians. Eric Clapton plays guitar on two tracks. Stevie Wonder adds his harmonica to another. There are no guest vocals, just Sir Paul.

McCartney was so happy with the experience, I’m told he’s asked LiPuma to produce his MusiCares Person of the Year show on February 10th in Los Angeles–three days after the album is released.

Some tracks from the album–I can tell you exclusively–include “My Valentine” (the probable title), “I’m Gonna Sit Right Down and Write Myself a Letter,” “We Three,” “Get Yourself Another Fool,” “Only Our Hearts,” (with an arrangement by another legend, Johnny Mandel) and Loesser’s “More I Cannot Wish You” from “Guys and Dolls.”