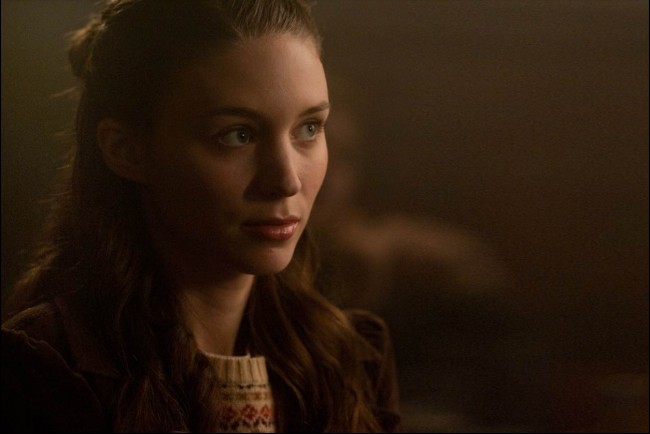 I know the fans of “The Girl with the Dragon Tattoo” are waiting on tenterhooks for news about David Fincher’s American remake. So let’s get to it: I think Rooney Mara is so astonishing as Lisbeth Salander, the story’s punk heroine, that she should be nominated for Best Actress. I know Rooney from “Tanner Hall,” a film about a girl’s school, and obviously from “The Social Network.” To see now as Lisbeth is just reeling. In a year of big breakthroughs for young actresses–Lizzie Olsen, Felicity Jones–Rooney’s turn is just sensational. It’s worth seeing the film just for her.

Fincher’s film is stylish, dark and brooding. It’s like all his films–very well made, cool, a little superficial. But it’s cast very well throughout. Daniel Craig, who never gets credit for acting, is very good. It’s a pleasure to see Joely Richardson as one of the Vanger sisters–well, the key one, I suppose. Robin Wright turns in another well rounded performance. Christopher Plummer, Stellan Skarsgard, and Stephen Berkoff are top notch.

The new film is almost a scene by scene re-enactment of the original with one caveat: it has a different ending than the Swedish film or the Stieg Larsson novel. I don’t know if that will make a difference to the rabid fans all over the world. It shouldn’t. Not being wedded to any of it, I thought the movie was highly enjoyable, and a good thriller. Oddly, it’s not being talked about much for awards season. This may be because it came in so late. But Mara is a revelation, and not one to be ignored. Her performance notches her up among the really cool kids getting the best jobs. I just hope those eyebrows grow back in.

Sony has had a great little Oscar season, by the way, with “Moneyball” and “The Ides of March” as well as “Tattoo.” It shows that a big studio can do movies of style and substance.