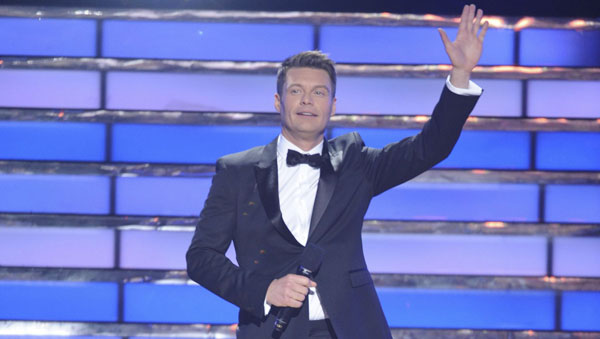 Matt Lauer isn’t going to be replaced by Ryan Seacrest on the “Today” show. That’s certainly the observation of a couple of insiders on the situation that was reported–er, planted–yesterday. But the plant worked, and the Seacrest story played everywhere, beautifully. Hey, I like Ryan Seacrest. He’s a fun deejay and does a fine job on “American Idol” and “Dick Clark’s Rockin New Years Eve.” But no one expects him to interview presidents and heads of state, or even vice presidents.

Let’s get real. Comcast, which owns NBC now, is trying to rattle Lauer and his agent as they begin negotiations. Lauer, I’m told, is asking for a lot more than his $12-$15 million to stay with “Today” when his contract ends next year. Seacrest, new to the Comcast family, is playing along. So be it. But that whole mishegos yesterday was to test a lot of different waters at the same time.

But here’s the reality–Lauer can certainly see what the future is if he leaves “Today.” Look at Bryant Gumbel, who lives in broadcasting ether along with Joan Lunden, David Hartman, and his old pal, Jane Pauley. So he’s going to make a deal. Plus, “Today” falls under NBC News, not entertainment. And NBC News is not going to turn over “Today” after 50 years to the host of “American Idol.” J. Fred Muggs will spin in his grave.

So please, Wall Street Journal, where’s the sense? Get it together. But Kim Kardashian to replace Ann Curry? Now, that story might have legs!