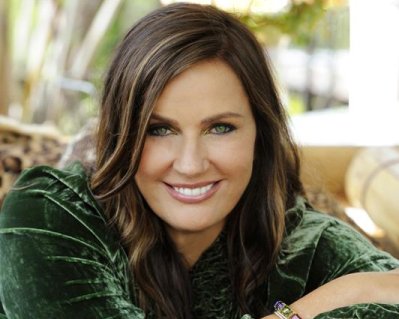 Heartbreak: Barbara Orbison passed away yesterday at age 60. I cannot tell you how awful this is. Barbara was the most dynamic, loving, insanely loyal, funny, terrific friend and mother. She was a total gem. Her friends are in shock because no one knew how ill she was. Just terrible. A press release follows below. But the Barbara I knew was so devoted to Roy, to his legacy and memory, and to their kids, Roy Jr. and Alex. It’s almost two years ago that Barbara oversaw Roy’s star on the Walk of Fame in Hollywood. Really, she deserves one, too. I will never forget her keen smile, that accent!, her determination, and wisdom. Also, she made me laugh a lot. Nine years ago, Thanksgiving 2002, Barbara, her kids, Sam Moore and his wife Joyce, my friend Irene and I, and others celebrated Thanksgiving in London with famed composer Michael Kamen and his family. Now Michael and Barbara are each gone. It’s so shocking. We had a lot of fun with the Orbisons that weekend, especially because it was “The Concert for George” celebration at Royal Albert Hall. Roy and George Harrison and their families had all become very close through The Traveling Wilburys. Now, Barbara’s death comes as so tragic. And she died on the 23rd anniversary of Roy’s death. Barbara had worked tirelessly to keep Roy’s music alive, putting out new albums, getting songs into movies, establishing a publishing company. and creating a museum in Nashville. I’m told that her endless efforts to get a U.S. postage stamp in Roy’s memory have paid off, and the stamp will be issued next year. Barbara, today, we’re crying. Over you.

Los Angeles, CA — December 6, 2011: Barbara Orbison, widow of Rock and Roll legend, Roy Orbison, passed away today after a courageous battle against pancreatic cancer. She was 60 years old. Barbara was diagnosed with the disease on April 20, 2011 at the Mayo Clinic. In May of 2011, she was admitted to USC Medical Center in Los Angeles under the supervision of Dr. Heinz-Josef Lenz, Associate Director of the USC/Norris Gastrointestinal Oncology Program. On May 13, Barbara underwent the Whipple surgical procedure, performed by Dr. Yuri Genyk. Following her surgery and chemotherapy, Barbara was optimistic about her recovery, but complications from the cancer ultimately resulted in a final re-admittance to USC Medical Center in mid-November. She died peacefully there today with her sons, Roy Kelton Orbison, Jr. (41) and Alexander Orbison (36) by her side.

For more than two decades Barbara has managed the music empire she built as Roy Orbison’s manager, keeping his legacy alive. Most recently, Barbara was exceedingly proud of the acclaimed box set she produced with Roy Kelton Orbison, Jr, titled “Roy Orbison: The Soul of Rock and Roll” (Sony Legacy 2008). This 4-CD package marked the first all-inclusive body of Roy’s work from his earliest recordings to the Traveling Wilbury’s debut album, “Mystery Girl” (Virgin) and his last live performance. Throughout this time period, Barbara also became a respected businesswoman in her own right, developing a diverse music industry empire in Nashville, Tennessee. Barbara’s Still Working Music publishing company has consistently represented some of the industry’s most successful songwriters and was recently awarded BMI’S 2010 Song of the Year for Taylor Swift’s “You Belong to Me.”

In 2009, Barbara was able to fulfill a lifelong dream with the creation of her own fragrance, Pretty Woman Perfume. She was intimately involved with every step of the development from the blend of scents and the classic design of the bottle to the international marketing sales and promotion of the perfume.

Born Barbara Anne Marie Wellhöner Jakobs in Bielefeld, Germany, Barbara was just 17 when she met Roy Orbison (32) at a nightclub in Leeds, England in 1968. Despite the “British Invasion,” American rocker, Orbison, was topping the charts in the UK as well as the U.S. with such smash hits as “Pretty Woman,” “Running Scared,” and “Crying.” Roy and Barbara married a year later in Henderson, Tennessee. They raised their three sons in Nashville and Malibu, California.

Barbara Orbison will be buried next to her husband at Westwood Village Memorial Park in Los Angeles. Following a private graveside service, the family will announce plans for a Celebration of Life reception at the BMI offices in Nashville, Tennessee. Donations in Barbara Orbison’s memory can be made to the Roy Orbison Foundation, c/o Leeann Hard, Forté Management, 725 Arizona Ave., Ste 206, Los Angeles, CA 90401, 310-394-5020, x102, leeann@forte.com).

The family requests that messages be sent to: barbara.orbison@orbison.com