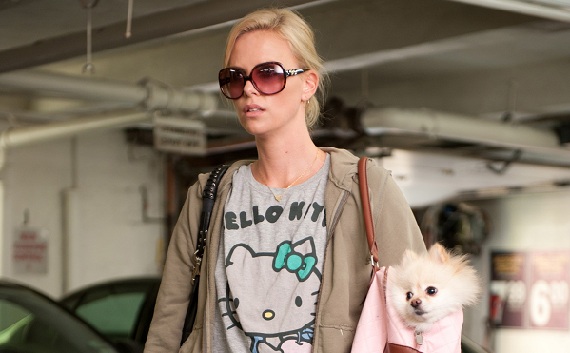 Director Jason Reitman‘s reunion with “Juno” screenwriter Diablo Cody, “Young Adult,” is a mixed bag–good acting, nicely made, but nothing that anyone will be racing to see. “Young Adult” is no “Juno.” These films are very far apart in their structure, tone, and texture. “Young Adult” is a tough film that offers its viewers no olive branches, while “Juno” was all about achieving peace. Indeed, I’m surprised that Paramount didn’t take “Young Adult” to Sundance first–it’s a Sundance film if ever there was one. It’s supremely edgy, kind of a downer, and struggling for hipness.

Charlize Theron, in an acting tour de force, is vincitive, selfish, manipulative, horrifying Mavis. Mavis is a lot like Mary Richards on steroids–single and attractive, successful career woman living in Minneapolis. She returns to her pokey hometown in suburban Minnesota–where they call their big city the “Mini-Apple”–with a plan. She wants to win back her high school sweetheart (Patrick Wilson), even though he’s married (Elizabeth Reaser) and has just had a baby. She picks up a buddy along the way, the loser gimp from their old school (Patton Oswalt), whom she still treats like dirt–and he still takes it.

Fun scenario, huh? The main character, Mavis, is incredibly unsympathetic and unlikable. She’s more Phyllis than Mary from “The Mary Tyler Moore Show”–Phyllis with no redeeming features, no husband, and no sweet best friend. Remember, “Phyllis” did not work as a sitcom because the character was so awful on her own. Mavis is like that. It takes a leap of faith to make a movie with that in mind, so Reitman and Cody deserve credit. They’ve tried something difficult here. Did I mention that Mavis is a hard, unrepentant drinker as well? That she’s cruel to her parents and condescending to everyone around her?

Theron, like I said, is exceptional. And Patton Oswalt, though he plays it a lot like he did in “Big Fan,” is very good. Wilson and Reaser are just fine, too. It was really nice to see Jill Eikenberry as Mavis’s mom, too. But “Young Adult” is a bitter pill to swallow at the end of the year, and in competition with “War Horse” or “Hugo.” Mavis is a loser who remains a loser; there’s no third act and no absolution. There’s not a ray of hope as the movie ends that she’s received a glimmer of insight into what’s gone wrong. Cody will hate comparisons to “Juno,” but it does seem odd that in that earlier film, the main character could be so wide, winning and sensible–and that in this film it’s like the inverse.