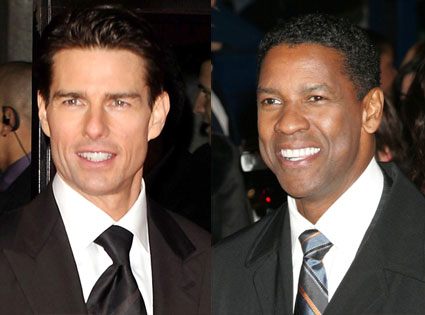 Whatever happened to the planned film of Robert Ludlum‘s “The Matarese Circle”? Back in the day (as they say), “Matarese” was a much bigger book than Ludlum’s “Bourne Identity.” But famed director David Cronenberg recently explained to our LEAH SYDNEY:  I was working on “The Matarese Circle,” the novel by Robert Ludlum, which was going to star Denzel Washington and Tom Cruise, before MGM went belly up. So I don’t think that’s going to happen now.  Tom still likes the idea though. “

Cronenberg’s “Matarese” problem is typical of is iconic career.He’s not a studio player. “I never managed to do that. I’ve flirted with that for many years, but it’s never worked out.  I’ve talked to directors who have had a lot of fun with that, and some have had hellish experiences. The things that interest me seem not to be the things big studios are not interested in. Could be as simple as that.”

He does garner a lot of controversy. Cronenberg said: “I don’t think I’m controversial, even though that is somewhat of my public persona.  That’s just my movies, that’s not me.  You can’t confuse the two. I’m very non controversial.  I know I’m considered a cult director, but my last few movies have been somewhat mainstream.  “Cosmopolis” is not mainstream though. I don’t worry about those categories frankly.  I do the films that I’m intrigued by.  Categorization doesn’t help me decide.”

How did he choose this story? “For me it’s normal, it’s coming full circle.The first movie I ever made, which was a seven minute short called, “Transfer, ‘ was about a psychiatrist and a patient In my film, “The Brood,” the late Oliver Reed played a psychotherapist of a very different kind. It’s a fascinating relationship, between an analyst and a patient. I’ve also done costume period pieces, “Spider,”  “Naked Lunch,” “M Butterfly,’ so it just does not feel not that differently for me. ”