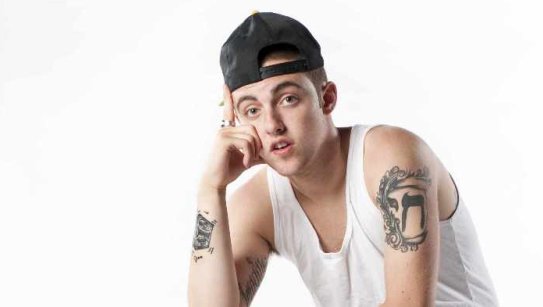 The number 1 album this week is “Blue Slide Park” by Mac Miller, real name Malcolm McCormick. He’s a 19 year old white Jewish rapper from the suburbs of Pittsburgh, Pennsylvania. I know, this is unbelievable. Miller records for Rostrum Records, an indie label from Pittsburgh owned by a guy named Benjy Grinburg. It’s the same label that launched Wiz Khalifa on Atlantic Records. For the Mac Miller album, which is hip hop with melodies, Rostrum is distributed through Universal Music Group. The songs, such as they are, are mostly juvenile rap: “f— the police” is a chorus line. But apparently Mac actually plays instruments, and is a serious musician. So give him props. And he told one radio interviewer that he loves all kinds of music including the Beatles and Sublime. It does seem like Mac Miller’s success comes from hard work and social networking on Facebook, where he has more than a million “friends.” He also has million Twitter followers. All that translated into about 149,000 CD sales, however. (Interesting, huh?) If you’re 50, and you’ve been working all your life, stay away from open windows today. Mac Miller says, “I’m full of love. I love music.” You can’t be against that.