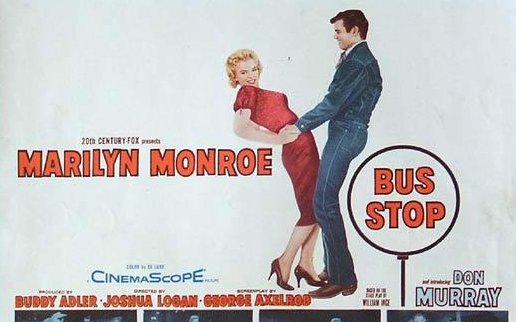 Last night’s swanky premiere of “My Week with Marilyn” brought out stars Michelle Williams and Kenneth Branagh, Zoe Wanamaker and Dominic Cooper, the film’s director Simon Curtis, and a bunch of interesting people to the Paris Theater and to dinner at the four star La Petite Maison. director Stephen Frears (just finishing a cool sounding new film with Bruce Willis), Marisa Berenson (just published a dazzling book of photographs from her amazing life), Alana Stewart (visiting from L.A. with her book publisher), Ann Dexter-Jones (reveling in her kids’ successes), and actress Cody Horn (hot as a pistol in Jake Gyllenhaal‘s new cop film).

But my favorite was Hollywood vet leading man Don Murray who played Marilyn Monroe’s lover in “Bus Stop,” directed by Joshua Logan in 1956. After “Bus Stop,” Monroe filmed “The Prince and the Showgirl” with Sir Laurence Olivier –it’s the film that she’s making in “My Life with Marilyn.” Murray–now 82 and still looking like a matinee idol–was quite the star in 1956. He had a ton of films for the next years, all well regarded, with great directors and terrific casts. In 1979, he starred in the first season of “Knots Landing,” then opted out of the nighttime soap and even wrote his own on screen death.

Despite his long career, Murray is still asked about working with Monroe all the time–and occasionally gives lectures about her. At La Petite Maison, Murray –who’s from East Rockaway, Long Island!–was with his wife of 50 years, Bettie–who he wed after a shocking three year marriage to actress Hope Lange-–this was hot stuff in 1959, kids. He did tell me that Michelle Williams has gotten Marilyn “just right.” He’s so impressed with he 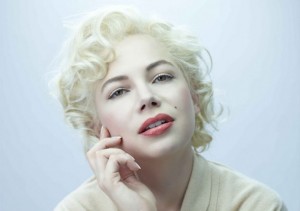 r performance that he came to New York to help her launch the film. Nice.

So was Monroe as spacy and difficult as seen in “My Week”? “Oh yes,” said Murray, who’s writing a book and a screenplay about his Monroe doctrine. “Josh Logan used to say, don’t do anything until I say ‘cut.’ We’re going to have to piece together this performance.” On the other hand, during “Bus Stop” Monroe, says Murray, “was very happy. She was having an affair with Arthur Miller. No one knew it, and she was enjoying the silence.” Within two years, she and Miller would marry and divorce, Marilyn would get involve with the Kennedys, and die a tragic death.

But–says Murray–“I don’t believe anyone killed her. I think she took one too many pills by accident.” And for more, we’ll have to wait for the book.