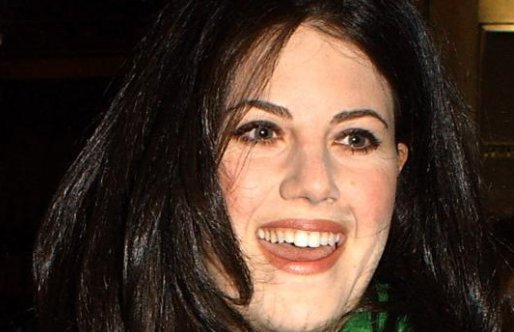 Monica Lewinsky? Like a lot of people (including my mother) I saw in a recent newspaper item that insisted Monica was a ruined girl with no life and no prospects. So imagine my surprise when Ms. Lewinsky turned up on Saturday evening at the IFC Center for a special showing of two films by D.A. Pennebaker and Richard Leacock (with Bob Drew and Al Maysles), “Crisis” and “Primary.” The screenings were part of a Doc Fest tribute to Leacock, and Pennebaker, now an amazingly youthful eighty six, took questions from the audience.

Monica came as the guest of Leacock’s daughter, Victoria. Everyone should look so “bad.” Indeed, was great–vivacious and fun. She told Pennebaker how much she admired the films, which are rare, historic up close glimpses of John Kennedy, Robert Kennedy, Hubert Humphrey, Nicholas Katzenbach and Alabama governor George Wallace. “Crisis,” records with fly on the wall verisimilitude Bobby Kennedy’s successful effort to integrate the University of Alabama in March 1963. (Bigot Wallace didn’t want “negroes” attending the school.) It’s an eye opening, amazing historical document.

But back to Monica: she’s not designing handbags anymore. She told me she’s living in Los Angeles, and has a lot of plans for 2012. She did not tell me this, but you know, Lewinsky never wrote a book. She let Andrew Morton write one for her. But we’ve never actually heard her story from her side. She is not precluded in any way from writing one. Her scandal with Bill Clinton occurred in 1998, almost fourteen years ago. I would imagine her memoir would be an automatic bestseller….

…You think the weekend is dull? Not in NYC. James Franco‘s grandmother and uncle bring their Verne Art Gallery to the International Print Fair at the Park Avenue Armory every November. This year was no exception. Michael Verne, James’s uncle, and spitfire grandma Mitzie, are respected experts in Japanese art. Their booth is always popular, even though the Franco connection is unknown to most art lovers.

On Sunday the Vernes (www.verneartgallery.com) were visited by at least two people in showbiz who had no idea of all this: “Sopranos” creator David Chase, and separately, publishing giant Sunny Mehta with his wife, author Gita Mehta. The Mehtas were fascinated by a stark black and white print of a man in silhouette in the process of hanging himself. (Let’s not read too much into that.)

PS Mitzie, who was in a sketch at last season’s Oscars (she and Anne Hathaway’s mom each spoke from the audience) tells me she just visited James on the Detroit set of “Oz, the Great and Powerful.” She even got a small walk on role–complete with costume!