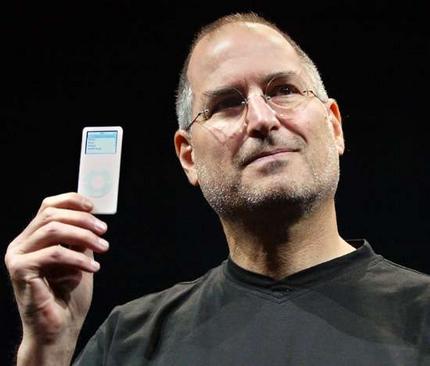 Much will be coming out from Walter Isaacson‘s authorized biography of Apple founder Steve Jobs today. His full sister was novelist Mona Simpson, whose debut novel, “Anywhere But Here,” chronicled her own strange childhood with their mother. Later, after meeting Jobs in 1986, Simpson based another novel, called “A Regular Guy,” on her newfound brother. Isaacson writes in the new biography that Jobs, who was thrilled to meet Simpson, disapproved of the way she dressed. He didn’t like her to dress like “a struggling novelist.”

One day a box arrived from the designer Issey Miyake.  Isaacson writes: “He’d gone shopping for me,” Simpson said, “and he’d picked out great things, exactly my size, in flattering colors.” There was one pantsuit that he had particularly liked, and the shipment included three of them, all identical. Jobs told Isaacson: “I still remember those first suits I sent Mona. They were linen pants and tops in a pale grayish green that looked beautiful with her reddish hair.”

Jobs had also wanted to improve the looks of his much older girlfriend, famed singer Joan Baez. He once showed her a red dress at a Ralph Lauren  Polo store, Baez tells Isaacson, and told her she should buy it. He didn’t pick it up himself for her, however. He did gift her with an early Apple Macintosh word processor.

PS According to Isaacson, Simpson and Jobs were full siblings, children of Joanne Simpson and Syrian born Abdulfattah “John” Jandali, who abandoned them. Steve was famous put up for adoption. In the end, Isaacson writes, Jobs became close to both his biological sister and mother. As for the father, they never met officially. But Jandali told Mona Simpson that Jobs had once eaten in a restaurant he’d managed, they’d met (not knowing their relationship), and that Jobs had been “a big tipper.”