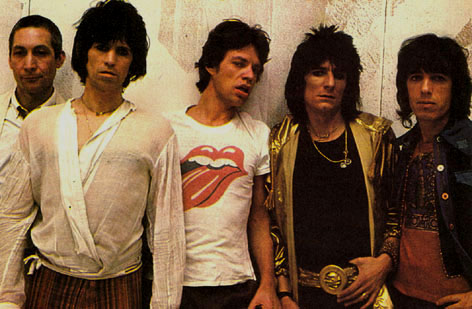 When the Rolling Stones release their super deluxe anniversary edition of “Some Girls” next month, it will have quite a few unreleased tracks. One of them, called “Claudine,” is about Andy Williams‘s ex-wife Claudine Longet. Williams, the Michael Buble of his day, married beautiful and very young Claudine Longet. A gorgeous French singer and actress, Claudine married Andy in 1961 at the age of 19. He was 34, which seemed old then, and he was fifteen years senior to her. They were a golden couple. But in March 1976, Claudine shot and killed her boyfriend, professional skiier “Spider” Sabich. It was quite the scandal. Longet received a misdemeanor conviction and retired. She wound up marrying her defense attorney. Also of note: Claudine and Andy were good friends of Robert and Ethel Kennedy. They were with them on the tragic night in June 1968 when RFK was assassinated. Why did Mick and Keith write a song about Claudine? She was hot and it was the early 70s.  The new “Some Girls” also contains another unreleased song, which will be a single, “No Spare Parts.” Both songs are included below.

PS “Some Girls” featured two massive Stones hits, “Miss You” and “Beast of Burden.” Here’are some quotes from the Stones about the late Billy Preston’s contribution to “Miss You.”

The idea for those (bass) lines came from Billy Preston, actually. We’d cut a rough demo a year or so earlier after a recording session. I’d already gone home, and Billy picked up my old bass when they started running through that song. He started doing that bit because it seemed to be the style of his left hand. So when we finally came to do the tune, the boys said, Why don’t you work around Billy’s idea? So I listened to it once and heard that basic run and took it from there. It took some changing and polishing, but the basic idea was Billy’s.
– Bill Wyman, 1978

(W)e still work closely on songs. It still comes together even when we haven’t seen each other for months. We help each other on songs like Miss You which came together during the 1976 tour of Europe. A lot of our songs take a long time to come out.
– Keith Richards, 1979

I got that together with Billy Preston, actually. Yeah, Billy had shown me the four-on-the-floor bass-drum part, and I would just play the guitar. I remember playing that in the El Mocambo club when Keith was on trial in Toronto for whatever he was doing. We were supposed to be there making this live record… I was still writing it, actually. We were just in rehearsal.
– Mick Jagger, 1995