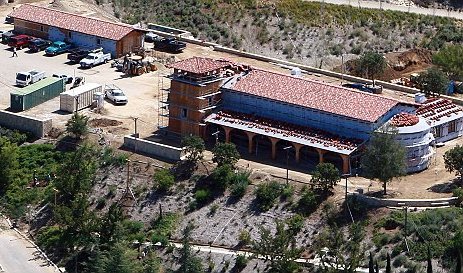 Sources in Los Angeles tell me that Mel Gibson‘s horrible 93 year old father, Hutton Gibson is dying. As readers of this column know, usually I report imminent deaths of well known people with great reverence. That won’t be the case for Hutton Gibson, a notorious Holocaust denier and anti-Catholic. It was Hutton Gibson for whom Mel built his Holy Family Church in Agoura Hills, California, for a group that disparages the Pope and isn’t recognized by the archdiocese.

In 2003, the Pittsburgh Post Gazette reported Hutton Gibson was a featured speaker at a conference sponsored by the Barnes Review and the American Free Press, both of which regularly carry anti-Semitic articles and reprint writings by Adolf Hitler and other Nazi leaders. His legacy includes a book called “Is the Pope Catholic?”

Here’s what he said about the Holocaust, lest we forget. And remember, Mel Gibson has refused to apologize for this. “There were too many survivors.”

Hutton Gibson: “These people [World War II Nazis] are efficient. They know how to do things, and if they had set out to kill six million Jews, they would have done it. But all we hear about is Holocaust survivors. ‘Oh, we knew it happened. Here is a survivor, there is a survivor. My father and mother were survivors.’ They weren’t that efficient. There were too many survivors. And they claim there were six million in Poland. After the war, there were 200,000, it is said. Therefore, he must have killed six million of them. They simply got up and left. They were all over the Bronx and Brooklyn and Sydney, Australia, and Los Angeles. They have to have some place to go where there is money. No, they don’t work anywhere where they can get out of it. They are great pencil pushers and they are the superior people, and therefore they are entitled to the top jobs, supervisory stuff and so on.”

Hutton Gibson will not be missed.