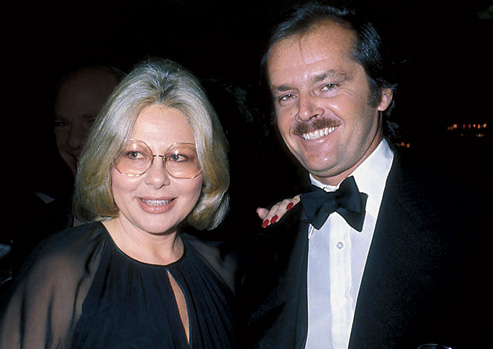 You’ll read a lot about Sue Mengers today. In the 1960s and 70s she was a force to be reckoned with in Hollywood. A super agent before there were any, Mengers guided the careers of Barbra Streisand and so many A list names. In Julia Phillips‘ infamous memoir, “You’ll Never Eat Lunch in this Town Again,” Mengers figures largely in the failure of Phillips to make Erica Jong‘s “Fear of Flying” into a movie with Goldie Hawn. But Mengers also figures largely in a lot of movies that were made, like Peter Bogdanovich‘s classics “Paper Moon” and “What’s Up Doc?” as well as the remake of “A Star is Born” with Streisand and Kris Kristofferson, among others.

The great New York columnist, Aileen Mehle, aka “Suzy,” described Mengers thusly from the New York premiere of Steven Spielberg‘s “Close Encounters of the Third Kind,” produced by Julia Phillips in November 1977, at the end of a long list of heavy hitters: “…and Sue Mengers, the top Hollywood agent,  a flying object who was identified a long time ago.”

In Rachel Abramowitz’s 2002 book, “Is That A Gun in Your Pocket?” about powerful women in Hollywood, Mengers–who’s maybe the only Hollywood agent ever interviewed by Mike Wallace for “60 Minutes” (1975)–spoke candidly about her then mythic status. By the mid 70s, she was known as not only the top agent, but Hollywood’s premier hostess. Streisand, Beatty, Nicholson, Hoffman were her regular guests. “Our house became like a restaurant,” she said. “The celebrities hadn’t come because they wanted to see me. They wanted to see each other. I was never the star at my own parties. I was the catalyst to bring creative people together.”