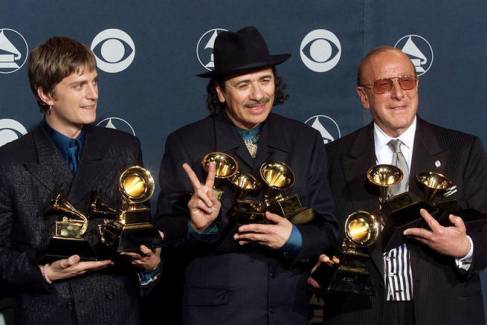 Arista Records is over. The new management at Sony’s RCA division have put the venerable label started by Clive Davis to sleep at age 36. Arista had drifted since 2000 when BMG, which owned it then, let then overall chief Michael Dornemann oversee the ousting of Davis. By the time that was over, Dornemann was gone and Davis was back with his own label, J Records. Arista went to L.A. Reid, who ran it for a few years before leaving for Island DefJam at Universal Music.

Now, of course, Reid is with Sony, half the people from Sony and Universal have traded jobs. In this latest scuffle, Arista has quietly been put out of business. It’s a shame really. Arista has enormous legacy with dozens of huge acts and famous albums to its credit. From Whitney Houston’s catalog–including “The Bodyguard” soundtrack– to Carlos Santana’s amazing Grammy winning comeback with “Smooth”–Arista deserves more than to be a footnote in history.

Davis started it in 1974 from the rubble of little Bell Records with Barry Manilow’s “Mandy.” Hit after hit kept coming, but not all were in the Whitney-Manilow middle of the road category. At different times, Arista released the Grateful Dead, Graham Parker and the Rumour, and the Kinks. All of them had hit records there, not just because of Davis, but also because of great record people like Richard Palmese. (He’s now gone on to work with Irving Azoff’s management company in Los Angeles.)

Arista had a visionary quality about it, too. Davis introduced Patti Smith in 1974 and backed her as the punk Bob Dylan. By 1978 she had a top 10 hit with Bruce Springsteen’s “Because the Night.” Arista also was cutting edge enough to put out some UK releases from Stiff Records including the not forgotten Iam Gomm.

Of course, Arista had Toni Braxton’s “Unbreak My Heart,” and Dionne Warwick’s return with “Heartbreaker” and “I’ll Never Love this Way Again” and “Deja Vu.” Davis had a huge run on Arista with Aretha Franklin (“Jump to It,” “Freeway of Love”). Carly Simon’s gigantic “Coming Around Again” was on Arista, as was her Oscar winning “Let the River Run” from “Working Girl.” Eric Carmen’s classics “All By Myself” and “Never Gonna Fall in Love Again” were early Arista hits.

There were hiccups: Milli Vanilli became a scandal for the ages when it turned out they didn’t actually sing their songs. But the group was signed in Germany,and the American side didn’t know the real story. The minute they found out, Milli Vanilli was relegated to history as an unfunny joke. But Arista had a propensity for catchy 45s like Milli Vanilli’s “Blame it on the Rain.” They were also responsible for Air Supply and Ace of Base. Famously Taylor Dayne had her 80s disco hits on Arista. And Lisa Stansfied’s “All Around the World” is still played on oldies radio. Not everything could be Lou Reed, Iggy Pop (who they also released) or Prince.

Some other Arista acts over the years: Alan Jackson, Hall & Oates, Alan Parsons Project, and Kenny G–the latter was so mellow that his cousin, Howard Schultz, had to start Starbucks to wake everybody up.

There were more, lots more, and I’m sure I’ve forgotten something important. But rest in peace, Arista. You join a long line of labels–Motown, Stax, Sceptre and so on–that made a huge cultural impact and eventually came to an end. The music lives on.

And Clive Davis? He’s working on the new Leona Lewis album even as we speak. So there.