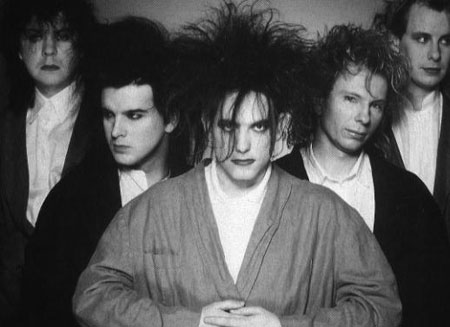 The Rock and Roll Hall of Fame has issued its list of nominees for 2012, and it’s a doozy. No Sting or Bon Jovi, but plenty of stale weirdness. Among the oddest choices: new wave pop group The Cure, rappers The Beastie Boys, and Eric B. and Rakim, and disco queen Donna Summer. On the holdover list from ballots past: Donovan (who’d have gotten in 25 years ago if anyone would vote for him), the deceased Laura Nyro (who makes almost every ballot just for kicks), Freddie King. The Spinners--well, they’ve waited so long there almost are no Spinners; Rufus with Chaka Khan–a strange choice; War– a good choice, and then a clutch of middling rockers: Heart, Guns ‘N Roses, Red Hot Chili Peppers, and one stand out–Joan Jett.

There’s also the oddest one: The Small Faces/The Faces, which was probably chosen so that Rod Stewart and Ronnie Wood could be exhumed for the ceremony. There’s no Sting, no Bon Jovi (and I’m told they are not pleased at all at this point). Steve Cropper‘s bid to get the 5 Royales in by making an entire all star album of their music– called “Dedicated”– fell on the deaf ears of the Jann Wenner run nominating committee.

The Cure? Eric B. and Rakim? It’s a joke. Look. I love one Cure single–“Just Like Heaven.” Two percent of the population even knows who they are, maybe apart from “Friday I’m In Love.” Why not Billy Idol? And still, not in the Hall, and never to be I guess at this point, are Chicago, Linda Ronstadt, Carly Simon, The Moody Blues, Billy Preston, Ringo Starr, Chubby Checker, Cyndi Lauper, the 5 Royales, Mary Wells, Hall & Oates, Todd Rundgren, and so on. (Fill in the blanks.)

One irony: The Cure and the Spinners are each led by men named Robert Smith. The Spinners’ Bobbie Smith–who I’m sure has never heard of The Cure– is one of two original members of that group who are still active. He’s 75 and sang lead on most of their hits. Most of the past Spinners are in heaven including Phillippe Wynne, who sang the lead on a lot of those hits. But it would be nice to show some respect and vote them in already. Other than that, my guesses for finalists would be Donovan, Guns ‘N Roses (just for the drama of Axl Rose and Slash at each others’ throats), Laura Nyro (enough already), War, and Joan Jett.

All in all: blech.

PS Joel Peresman, the exec in charge of this catastrophe, earned $500,000 last year according to the group’s latest tax filing. Nice work if you can get it.