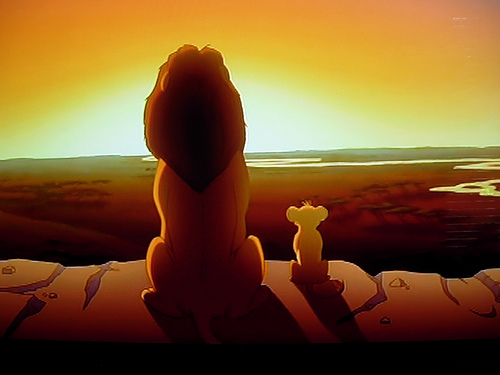 Brad Pitt’s efforts to get an Oscar nomination were nearly eaten by Simba the lion and his friends over the weekend. “Moneyball,” a great new movie, came in second to “The Lion King 3D.” The latter movie, a teched up redo of the 17 year old original, took in $22 million. That brings its take in this version to $60 million domestically. “The Lion King” altogether has now $402 million on its record worlwide total. Maybe this success will revive 3D and encourage studios to re-release old films in this format. (How about “The Beaver” in 3D?) Anywho, “Moneyball” did $20 million, which isn’t great but isn’t bad, either. Brad has never been one to “open” films. He’s the rare sex symbol character actor. In “Moneyball” he finally gets to be a leading man after 22 years. “Dolphin Tale” came in third, just a bottle nose behind “Moneyball.”  Meanwhile, Woody Allen’s “Midnight in Paris” – which should end its theatrical run soon– has taken in $107 million worldwide. What a nice story for a lovely movie and a gifted director who only had to wait until age 75 for a big hit!

A little more on “The Lion King:” the musical is still the top ticket on Broadway. It opens next in Madrid on October 20th.