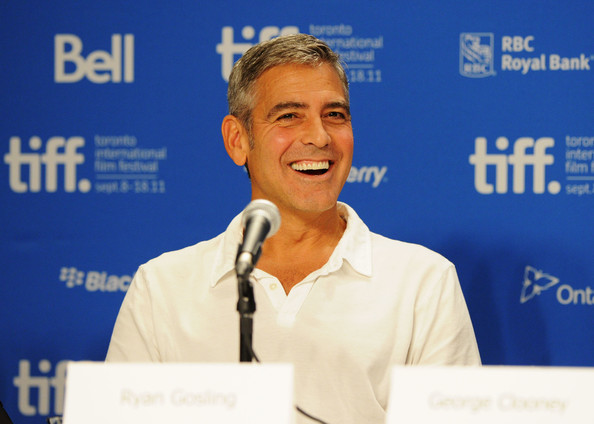 It’s weird to think, but it does seem like all the Best Actor nominees may already be at the 2011 Toronto Film Festival. And even weirder considering that George Clooney, who is sublime in Alexander Payne’s “The Descendants,” has also directed Ryan Gosling to a potential nomination in “The Ides of March.” That would make the first time a director was nominated as an actor in someone else’s film, but directed another actor also to a nomination.

Clooney and Gosling are not alone here. Jean DuJardin in the unique and clever “The Artist” is also on the Oscar short list. That makes three. Add in the fourth potential name, Brad Pitt, who could actually win the gold statue for his breakout work in “Moneyball.” Pitt is so good as real life Oakland A’s manager Billy Bean, it’s astonishing. “Moneyball” opens soon, and it’a homerun for Pitt and director Bennett Miller. It’s the best baseball movie since “Field of Dreams” or “The Natural.” It’s breathtaking, and Pitt finally transcends himself, his star persona, and everything else that encumbers him.

So that’s four of five. Who else? Ewan MacGregor is superb in Lasse Hallstrom’s “Salmon Fishing in Yemen,” although the film was just shown last night for the first time to thunderous applause. It has no American distributor yet, but my guess is someone will snap it up for the Oscar season. It’s a huge hit waiting to happen. MacGregor and Emily Blunt are charming, but not lightweight by any means. The Simon Beaufoy script makes the difference.

And  the crazy thing is that all of these people–Clooney, Gosling, MacGregor, Blunt– all hit the Toronto edition of Soho House last night around midnight. They convened with Jon Hamm and Jennifer Westfeldt, Bryan Cranston, Alexander Skarsgard, Evan Rachel Wood, Jimmy Kimmel, Rachel Griffiths, Paul Giamatti, Eddie Redmayne, directors Alexander Payne, Paul Haggis, and Nicholas Refn Winding, and so, not to mention CAA superagents Kevin Huvane and Bryan Lourd, plus a panoply of producers, agents, and managers.

Soho House, even at 2am, was so stuffed with A listers that no one on the second floor could move through the scrum. That is, except for George Clooney, who brough new galpal Stacey Kiebler, and worked the room like a man running for president. Clooney is unfailingly charming and polite, gracious to a fault, and ready to chat on any subject. God bless him.

More on all these folks and more still in the next from Toronto this morning. Suffice to say, we’ve been hit with an avalanche of good films and great performances. I am still excited about “Moneyball,” “The Ides of March,” “The Descendants,” and “The Artist,” as well as “A Dangerous Method.” Hey wait: these could be all the Best Picture nominees too! Yikes!