It’s pretty clear that Jerry Lewis will not be on tonight’s Muscular Dystrophy telethon. MDA kicked Jerry to the curb this summer after 49 years of his fundraising for them.I’m told that on Tuesday Lewis will break his silence and tell all to various major outlets about what went down between him and MDA chief Jerry Weinberg. Sources say that Weinberg and Lewis have a long simmering feud that finally exploded in public this year.

But wait! Comes the mail, and MDA is still sending out come-ons using Lewis’s name and likeness. Holy moley. Their solicitation envelope has a picture of Jerry–captioned as National Chairman–and MDA National Goodwill Ambassador Abbey Umali.

Inside, there’s a note signed “Love, Jerry Lewis” about “his” kids. And the return mailing envelope has a big red stamp on it that reads “Rush! Jerry’s counting on me!” The envelope is addressed to Jerry Lewis–National Chairman, Muscular Dystrophy Association. Clearly MDA wants to have their Lewis and be miserly to him, too. But from readers responses so far I think they’re going to have problems tonight. We’ll see. 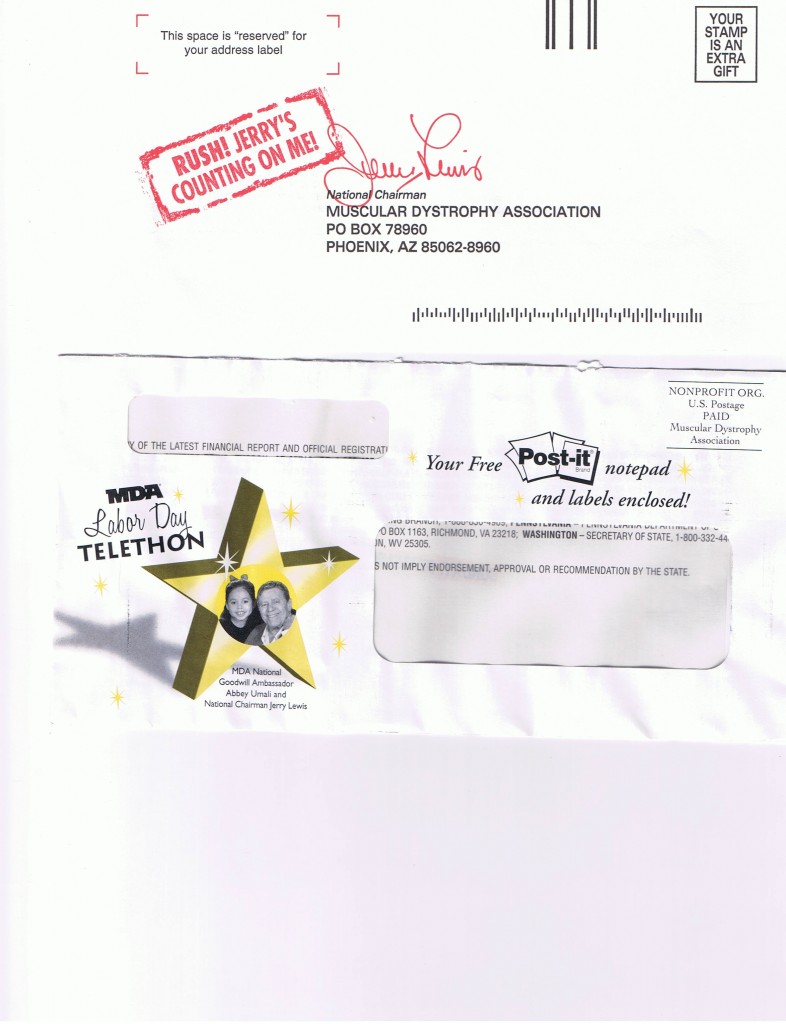