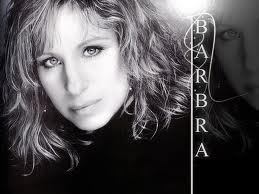 Barbra Streisand still has it. She’s got a top 5 album this week with  “What Matters Most.”The CD–  A strong collection of ballads written by lyricists Alan and Marilyn Bergman with a variety of composers–sold a little over 70,000 copies in its debut week. Not bad.. Among the songs Streisand covers is the couple’s tour de force, “Windmills of Your Mind,” and another classic winner, “That Face.”

All the tracks are produced with wit and class by Streisand herself. There’s no downside here, but it would be nice to hear Streisand attempt some more upbeat material, maybe with edgier arrangements. On “Windmills” she’s offered herself up accappella. It’s a terrific track. She should immediately allow a bunch of modern remixers take a crack at it–she could have a club hit.

Streisand doesn’t seem to realize that there’s a club record hit out there right now — she could capitalize on that easily. But “What Matters Most” is that her fans obviously love this collection.

Look for Streisand to hit the tour circuit sometime soon. That’s where her real income is made. Her fans have no problem paying upwards of $350 a ticket to see her.