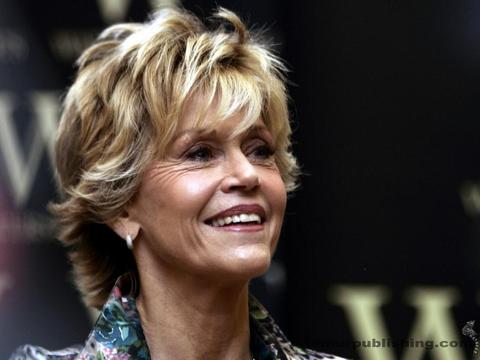 Ok, so Jane Fonda has addressed the real issue of her 1972 trip to Hanoi on her blog at www.janefonda.com. I am reprinting part of it, because it deals with the lies that have circulated on the internet for years.  Here’s the excerpt. Go to her site to read the entire post. This is what happened, not what some crazy people have created over the last 4 decades:

“It is unconscionable that extremist groups circulate letters which accuse me of horrific things, saying that I am a traitor, that POWs in Hanoi were tied up and in chains and marched passed me while I spat at them and called them ‘baby killers. These letters also say that when the POWs were brought into the room for a meeting I had with them, we shook hands and they passed me tiny slips of paper on which they had written their social security numbers. Supposedly, this was so that I could bring back proof to the U.S. military that they were alive.

The story goes on to say that I handed these slips of paper over to the North Vietnamese guards and, as a result, at least one of the men was tortured to death. That these stories could be given credence shows how little people know of the realities in North Vietnam prisons at the time. The U.S. government and the POW families didn’t need me to tell them who the prisoners were. They had all their names. Moreover, according to even the most hardcore senior officers, torture stopped late in 1969, two and a half years before I got there. And, most importantly, I would never say such things to our servicemen, whom I respect, whether or not I agree with the mission they have been sent to perform, which is not of their choosing.

But these lies have circulated for almost forty years, continually reopening the wound of the Vietnam War and causing pain to families of American servicemen. The lies distort the truth of why I went to North Vietnam and they perpetuate the myth that being anti-war means being anti-soldier.

Little known is the fact that almost 300 Americans—journalists, diplomats, peace activists, professors, religious leaders and Vietnam Veterans themselves—had been traveling to North Vietnam over a number of years in an effort to try and find ways to end the war (By the way, those trips generated little if any media attention.) I brought with me to Hanoi a thick package of letters from families of POWs. Since 1969, mail for the POWs had been brought in and out of North Vietnam every month by American visitors. The Committee of Liaison With Families coordinated this effort. I took the letters to the POWs and brought a packet of letters from them back to their families.”

Again, regardless of long held “beliefs,” read the entire post at www.janefonda.com It’s time to set the record straight.