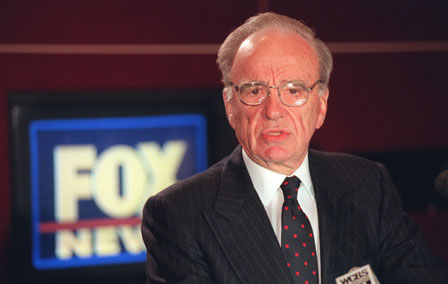 Rebekah Brooks is finally gone. The head of News International has resigned, pressured by the phone hacking scandal. She didn’t quit because Rupert or James Murdoch wanted to. According to Reuters, it was Saudi Prince Alwaleed bin Talal, who owns 7 percent of News Corp. He told the BBC’s Newsnight show on Thursday night: “For sure she has to go, you bet she has to go…Ethics to me is very important, definitely. I will not tolerate to deal with a company that has a lady or a man that has any sliver of doubt on her or his integrity,” Alwaleed said on the broadcast. So at least we know who’s in charge. Brooks will nevertheless have to appear in Parliament to answer questions with both Murdochs next week. There are reports as well that News Corp will take out full page ads apologizing for the phone hacking scandal. Meanwhile, Rupert Murdoch gave an interview on the matter to the Wall Street Journal, which he owns. According to the New York Times, former staffers of Murdoch’s News of the World are outraged that their livelihoods were sacrificed for Brooks, whom they feel caused the entire scandal. Nine former Murdoch staffers have been arrested in connection with the scandal.