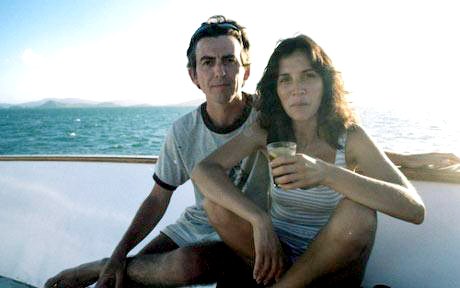 George Harrison‘s widow, Olivia Harrison, is set to publish a book this fall from Abrams. It’s going to be published at the same time that HBO broadcasts a two-segment documentary about George from Martin Scorsese called “Living in the Material World.” Olivia has been the most devoted keeper of George’s flame that anyone could ask for. The book should be tremendous. The book is described as “a personal archive of photographs, letters, diaries, and memorabilia from George’s life that reveals the arc of his life, from his guitar-obsessed boyhood in Liverpool, to the astonishment of the Beatles years, to his days as an independent musician and bohemian squire.” Olivia says on the Harrison/Beatles website of the Scorsese movie: “Martin Scorsese’s intuition towards George was evident the first time we met to discuss this project. He sensed what George was about: his music, his strong beliefs, his art, his place in the Beatles story, and his extraordinary life afterwards. Marty’s wonderful film has found all of that and more.”