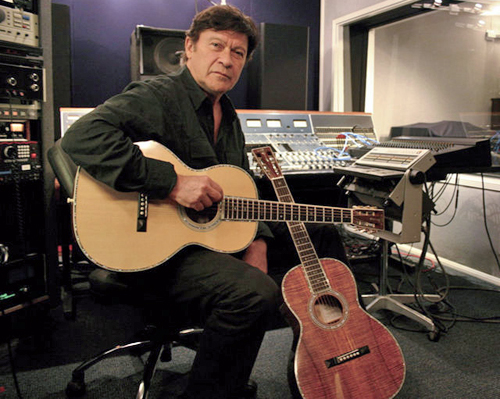 It doesn’t matter if you’re in the Rock and Roll Hall of Fame or the Songwriters Hall of Fame or if you’ve had two dozen worldwide hits that everyone on the globe can sing the words to. Rock, soul, country and pop stars whose careers were gigantic in the 60s, 70s, and 80s are being ignored by the large record labels. They are forced, instead, to issue albums themselves or on indie labels. And it’s not a bad thing.

There are few big label deals, no radio play and no promotion money for most of the stars who are considered rock legends. Sure there are a few exceptions like Paul McCartney, the Rolling Stones, and Elton John–who’s had a hit on Decca with Leon Russell. Now Russell will record for Decca as well. Sting has a long term relationship with Interscope. Paul Simon, and Carole King and James Taylor have all been on Concord. But Joni Mitchell and Carly Simon had trouble at Hear Music, now part of Concord.

But for the most part, it’s a picture of independence.

For example: Glen Campbell had gigantic hits like “Rhinestone Cowboy” and “Wichita Lineman.” But his new album will be issued on SurfDog Records next month.

Robbie Robertson led The Band, worked with Bob Dylan and is the voice of rock mainstay songs like “The Weight” and “The Night They Drove Old Dixie Down.” Did you know that he released an album earlier this year called “How to Become Clairvoyant”? It’s a wonderful bluesy collection and one track features Eric Clapton. Robertson simply issued it himself (www.robbie-robertson.com).

Other artists with self-made projects include the Queen of Soul, Aretha Franklin, with a CD that can be found at WalMart but not on a major label. “A Woman Falling out of Love” is Aretha at her best, too. New York rocker Garland Jeffreys, who recorded many albums for A&M in the 70s and 80s, has just put out “The King of In Between” at www.garlandjeffreys.com. It’s a knockout of a CD.

Who else? Barry Manilow has his first group of new songs in more than a decade on Stiletto Records. Julia Fordham‘s CDs–she made dozens for Virgin and for Vanguard–are at www.juliafordham.com. Same goes for Aimee Mann, the highly regarded leader of til Tuesday, whose music is included in tons of movies. She went out on her own with manager Michael Hausmann years ago.

Many big stars are going album by album, from Motown legends like Smokey Robinson and Gladys Knight to Joan Armatrading and Graham Parker.

And how does this all work out? Two of the great guys in the indie music biz, Daniel Glass and Steve Greenberg, have big hits right now–and they’re using new, young artists who didn’t make it on big labels. Glass’s GlassNote Records has had home runs with Secondhand Serenade and Mumford & Son. Greenberg’s S Curve Records has a monster hit with Andy Grammer‘s “Keep Your Head Up.” And next up is a new album from Joss Stone –S Curve also has 60s icon Tom Jones. It’s not unusual.