Mark Ruffalo was in New York last night on a furlough from making “The Avengers” down in New Mexico. Ruffalo and beautiful wife Sunrise came into the city from upstate New York (where they’re still fighting the freaking fracking) to see pal Tara Subkoff’s launch of her Imitation designer line at the Jane Hotel. Later Mark and Sunrise had dinner with Tara and Oscar winning “King’s Speech” director Tom Hooper. (By the way, the new Gitanes restaurant at the Jane Hotel–a former SRO that still by law houses some of its previous long term tenants– is terrific and not expensive.)

Mark is playing the Incredible Hulk and his alter ego David Banner in the Marvel all-star movie that includes Robert Downey Jr., Samuel L. Jackson, Chris Evans and Scarlett Johansson. “I’m the first to play both parts,” said Mark, the Hulk and Banner. For the Hulk, he says, it’s all stop-capture animation. He hasn’t seen the work he’s done yet, and his costume isn’t pretty.

“You’ll never see what I’m wearing on screen. But it’s the ugliest thing ever. It’s embarrassing.” The costume is really a technical tool that Ruffalo must wear while shooting his Hulk sequences. The Oscar nominated actor, by the way, says he was a little afraid of Samuel L. Jackson when he met him. “He’s 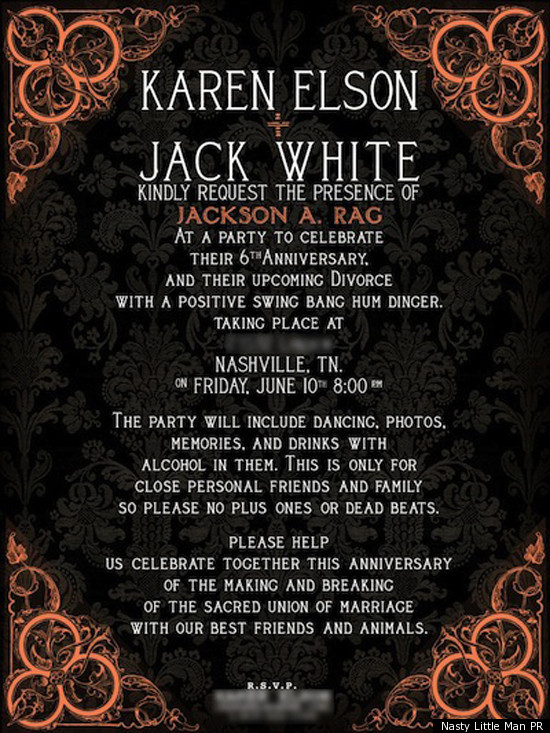 Also at the Imitation party, where Subkoff showed off her very cute and Chaplinesque short silent film of a damsel in distress wearing Imitation: supermodel and singer Karen Elson, now ex wife of White Stripes singer-musician Jack White. Even though the pair have parted after six years and two kids, they are still good friends, Karen says. They even recorded a Buddy Holly song together for the just released tribute album, “Rave On.” “We had just separated but it was fine,” Karen said. “Jack may even play on my next album.”

If you missed all this– I know, I did–Karen and Jack recently had a party in Nashville to celebrate their divorce.