James Franco‘s short film, called “Rebel,” may make to the Venice Biennale after all. Or to the Venice Film Festival. Or to Venice, California. Late actor Brad Renfro has something to do with it, as you can see from the billboard on Sunset Boulevard. Franco had Renfro’s name cut into his arm. This is the evidence. At least he just had “Brad” carved. (It could also be Pitt.) The film is an art installation concerning James Dean, whom Franco played a decade ago. Gucci’s backing it. Franco is currently shooting his Sal Mineo movie in L.A. His first feature, “The Broken Tower,” opens at the Los Angeles Film Festival on June 20th. Later this summer comes “Rise of the Apes.” Rust never sleeps! More info as it comes in…Franco, PS, is currently on a road trip through Utah, looking at Earth art. (I think that means cliffs and stuff.) Luckily, he’s told us, in case he gets stuck for…some hours. 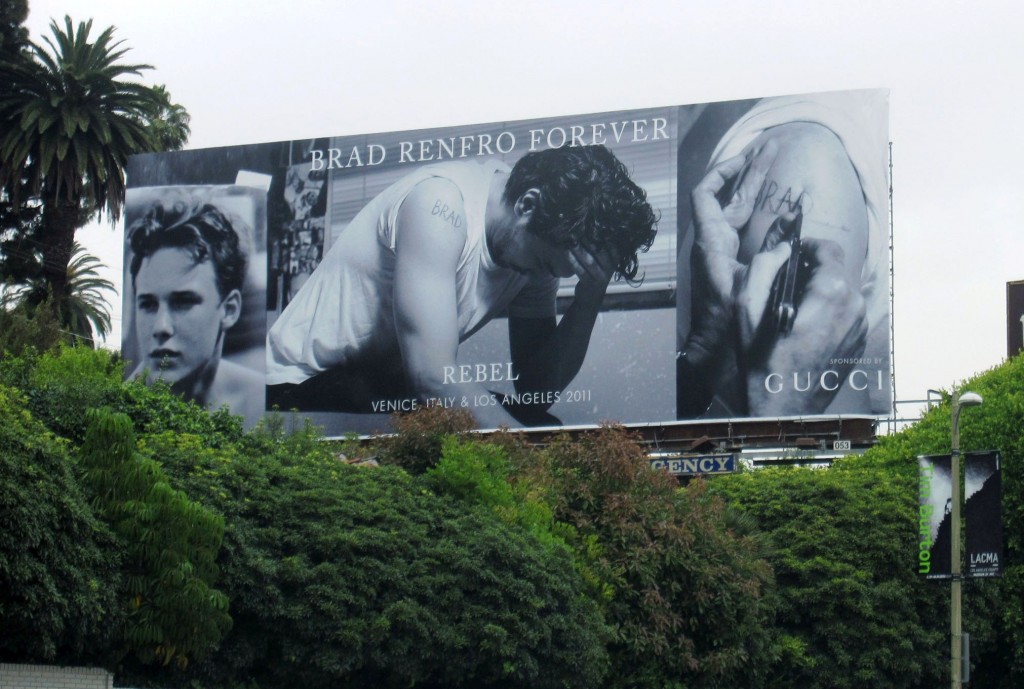