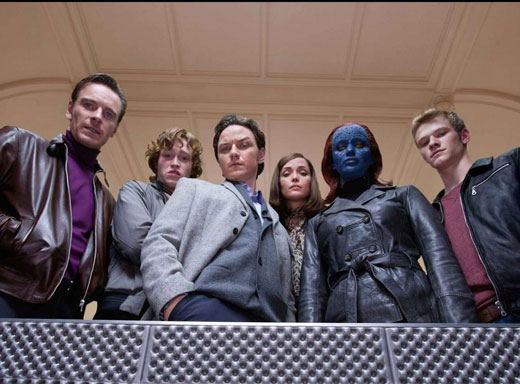 Who knows why? “X Men: First Class” got terrific reviews and buzz. It has a cast of young, hot up and coming actors including Michael Fassbender and James McEvoy. The director, Matthew Vaughn, has turned into first class director after producing Guy Ritchie’s movies. But “First Class” is a bit of a disappointment this weekend at the box office. Even with a $21 million take so far, the Marvel comics adventure is projected to make around $51 million total this weekend. This is half of what the last “X Men” film made in 2006. Brett Ratner’s “Last Stand” broke records with a shocking $102.7 million in three days. The funny thing is, fanboys and girls didn’t much like the movie. But maybe because it was considered the end of a trilogy, “Last Stand” boomed. Obviously, most audiences liked it a lot. It was one of the few sequels to outrun its predecessor. “X2” had done $85 million on its opening weekend. “First Class” is supposed to be a set up for two more new installments. But if it lacks “legs” in the next couple of weeks, this class may never get the chance to graduate. Is Hugh Jackman the “x factor” after all in these movies? Time will tell.