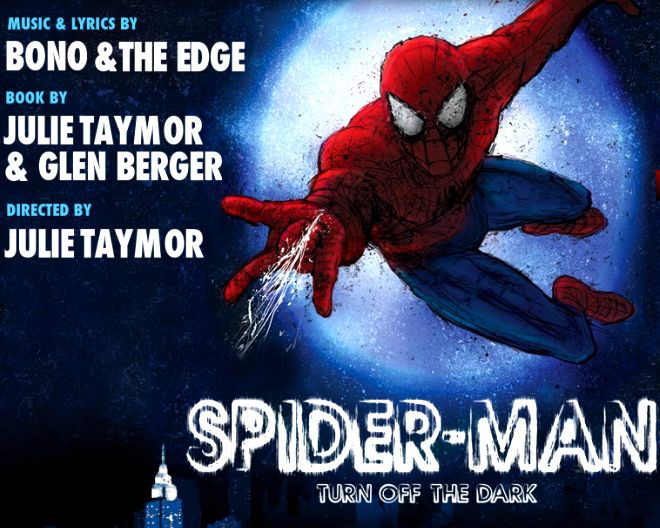 Very exciting on the “American Idol” finale: Bono, The Edge and Reeve Carney performing something called “Rise Above” from the show “Spider Man: Turn off the Dark.” Only, it wasn’t “Rise Above” from that show. It’s a song called “Rise Above 1.” The song is also now a single on ITunes and amazon.com (although it refuses to download from the latter). And it’s not “Rise Above” from the aforementioned musical. To promote what’s left of “Spider Man,” the trio has recorded a different version of the song than the one in the show. That’s what was on “American Idol.” Hence, I guess, the “1′ in the new title. Why they’ve done this is a mystery–the new version has different, meaningless lyrics that have nothing to do with the show. They’re also fairly banal and have no context. Why didn’t Bono, Edge, and Carney just sing the song from the show? Who knows? Maybe they’re tired of it. But it’s interesting that “Rise Above”–even after publicized added songs–remains the most hummable tune in the troubled show.