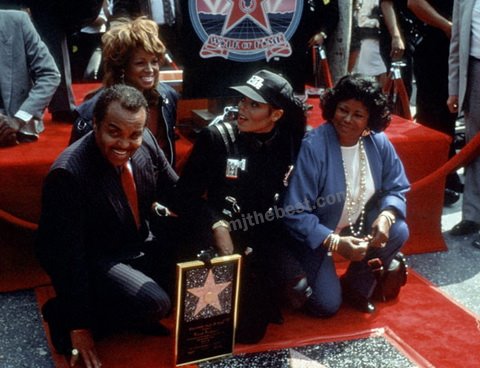 Imagine my surprise to run into Joseph Jackson this week in Cannes. We knew he was going to be around, promoting various schemes. But he showed up at Sean Penn’s J/PHRO charity dinner for Haiti at the Carlton Hotel with quite a gang in tow: he’s doing business with Michael Jackson’s one time, problematic manager Dieter Wiesner. And he’s also found wealthy patrons who don’t speak English too well and probably are unaware of his unusual history.

With these new partners, to whom Joseph introduced me, Michael Jackson’s dad is going to start something called the Happy Land Resort: A Jackson Neverland Themed Resort World Wide. Lost on these folks is the news that Happy Land was a New York disco where dozens of people once died. But hey, they know what they’re doing. I met a lovely older woman named Phan Thi Phuong Thao, who wore a beautiful black robed gown that was embroidered heavily with silver and gold. She’s the Chairman of the Board, and obviously quite smitten with Joe Jackson. She doesn’t speak English.

My hat is off to Joe Jackson.

I did ask Joe if he’d seen his famous daughter, Janet. She was also in town, staying with Roberto Cavalli on his boat. It was Janet’s birthday on Monday, but Joe told me: “We don’t celebrate birthdays.” When I asked if he’d seen her, he replied: “No, but tell her I said hello if you do.” Will do!