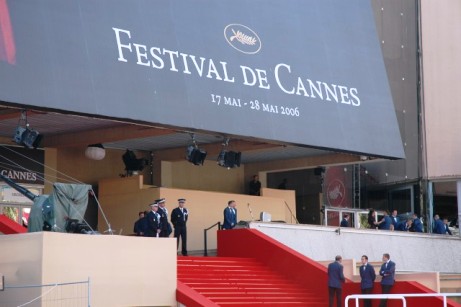 I just received this from the Festival:

The Festival de Cannes was disturbed about the statements made by Lars von Trier in his press conference this morning in Cannes. Therefore the Festival asked him to provide an explanation for his comments.

The director states that he let himself be egged on by a provocation. He presents his apology.

The direction of the Festival acknowledges this and is passing on Lars von Trier’s apology. The Festival is adamant that it would never allow the event to become the forum for such pronouncements on such subjects.

“If I have hurt someone this morning by the words I said at the press conference, I sincerely apologize.

I am not antisemitic or racially prejudiced in any way, nor am I a nazi.” Lars von Trier