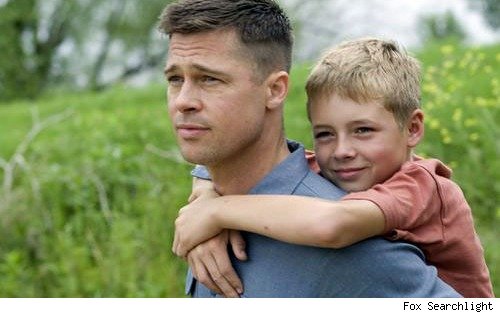 Terrence Malick’s “Tree of Life” is a long slow meditation on life, philosophy, death, the galaxy, cosmos, and suburban life in the nineteen fifties. It’s been on the shelf for two years, perhaps hoping to mature like a fine wine. But while beautiful to look at, the film is frustratingly incoherent. Malick may be exploring themes from his youth including an abusive father. But he’s done it more through vivid imagery than actual script, story or dialogue. There are long stretches of National Geographic type videos and moody renderings of Texas. Malick recreates the big bang, Genesis, and a few operas. Brad Pitt is evocative, Sean Penn is wasted, and like Jessica Chastain has almost no dialogue. Much of Tree of Life is a mystery. Malick as we know works in mysterious ways. That “Tree of Life” gets a commercial release I think is important, though. This will not be a blockbuster. But in many ways it’s a work of art and may take time to appreciate. American filmmakers are rarely allowed to do this so bravo to Fox Searchlight. I do wish the movie had a stronger narrative. But that’s the director’s choice. Malick does include my favorite piece of music, “Die Moldau” by Smetana. So that’s something. Meantime the director is AWOL from his own press conference, unfortunately.