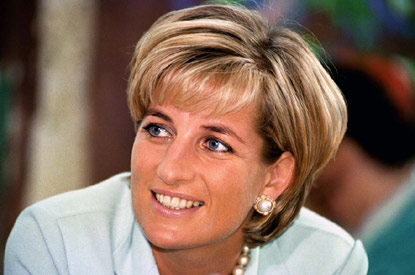 “Unlawful Killing,” the film that accuses the British royals of conspiring to kill Princess Diana and her lover Dodi Fayed, screened today in Cannes. This is the film that won’t be shown in the U K.

Filmmaker Keith Allen — father of singer Lily Allen — says the film is “forensic” and shows that the British and French authorities conspired to kill the couple and cover it up. But financing for the film came totally from Dodi Fayed’s father, Mohammed el Fayed, owner of Harrod’s.That fact is not disclosed anywhere in the film or credits. But journalists at today’s press conference asked the question and got their answer–from El Fayed’s pr guy. The whole thing is a vanity project from the  House of Harrod’s.

El Fayed has always accused the royals of killing his son. He gets to tell his story in “Unlawful Killing.” Not only that but he burns the royal crests that used to hang at Harrods in his backyard, for Allen’s cameras. The film plays a long episode of the E! True Hollywood story, with clips and interviews featuring Howard Stern, Robin Quivers and of all people the late Tony Curtis.

These people don’t help, particularly with Curtis defending Dodi. The movie’s main weakness is that Dodi is presented as a saint, with no real examination of his playboy life. As for El Fayed funding the film — Allen admitted that El Fayed was his only backer and paid 5 million dollars. But this not being mentioned in the film,Allen said a press conference this morning: “The Mafia funds American movies and that’s never mentioned.”

By the end of today’s press conference it was clear that “Unlawful Killing” is a waste of time, and resources. For his $5 million, Mohammed el Fayed gets a movie that cannot be taken seriously.