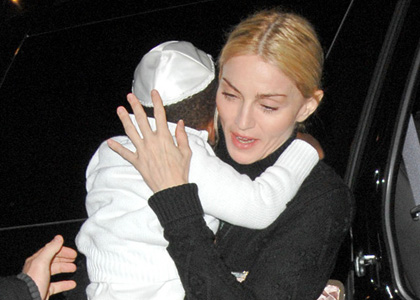 The Kabbalah Centre of Los Angeles now admits that they’re being investigated the government. The Los Angeles Times is also reporting the grand jury investigation that this column reported first and exclusively. Both the LA Times and Associated Press are each reporting the lawsuit filed by Courtney Geddes against Kabbalah–again reported here first. The Kabbalah Centre insisted when I reported the grand jury story that there were no investigations and no grand jury. Recently I spoke with one of Madonna’s close associates, who defended Kabbalah and Madonna, and insisted also that there were no investigations. Now the Kabbalah Centre says it will “cooperate” with the investigations–it’s not like they have any choice. Madonna, by the way, donated 2,626,529 to the Kabbalah Centre in 2007, another $400,000 in 2008–separate from the $3.7 million that came from her celebrity fundraiser in New York, and another $2.5 million in 2009 to their combined causes–SFK, Raising Malawi, etc–all from her Ray of Light Foundation. And that may be exclusive of the total $11 million she earmarked the aborted school in Malawi.