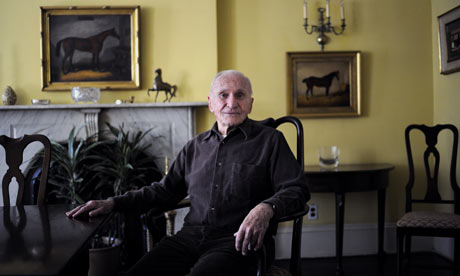 Everyone on Broadway thought Arthur Laurents would live to be 100. But he died Thursday night at 93 from complications of pneumonia. Two years ago, when “West Side Story” was in previews, I was talking to Arthur after a show when he suddenly darted up the aisle to give an actor notes. He was pretty spry. Laurents wrote the novels “The Way We Were” and “The Turning Point,” which each became hit movies. He wrote the books for two of the greatest musicals Broadway has even seen: “West Side Story” and “Gypsy.” That he brought the latter two back to Broadway back to back at ages 89 and 91 is even a more remarkable story. His career had only blossomed in the late 1950s after he recovered from being blacklisted. Most recently he got into some kind of quandary with Barbra Streisand over a film version of “Gypsy.” Who knows what will happen now? But Arthur Laurents leaves a long legacy and lots of good Broadway gossip behind, not to mention these extraordinary works. I’m sure Broadway will dim its lights on Friday night in his honor.