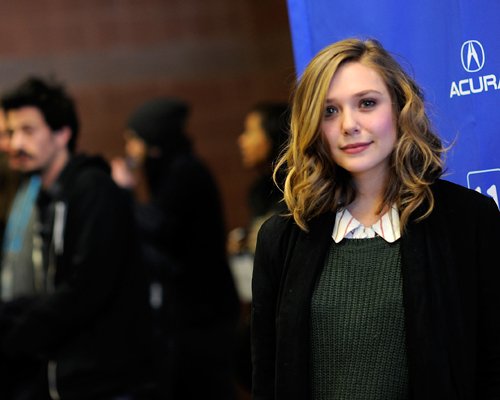 Elizabeth Olsen, the younger sister of Mary Kate and Ashley, is breaking out as a big movie star. At Sundance, she received kudos for her work in Sean Durkin’s “Martha Marcy May Marlene,” an indie film that won high praise and immediately got a distributor. Now the film is going to the Cannes Film Festival, which is quite an achievement. But neither Mary Kate nor Ashley has seen it. Last night I ran into them at P.J. Clarke’s in the World Financial Center, right before the start of the Tribeca Film Festival screening of Cameron Crowe’s “The Union.” They were drooped over a wooden booth, sitting across from Lauren Hutton, who was giving them some kind of advice. At first I thought the twin nearest me was actually Elizabeth (they all have a strong family resemblance). But it was Mary Kate. After we sorted that out, I asked them if they’d seen the film. Neither one had, and it’s unclear whether they will accompany Elizabeth to Cannes. I did not ask them what they thought of Charlie Sheen’s missing goddess, Bree Olsen, using their last name for her pseudonym.