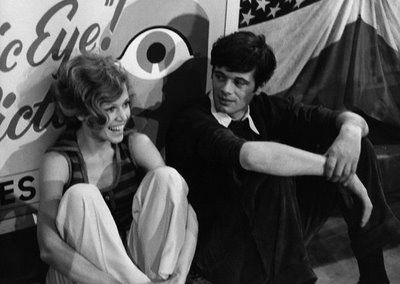 Because so many readers won’t know who he was, I thought I’d mention Michael Sarrazin‘s passing yesterday at age 70. In the 60s and into the mid 70s, Sarrazin was a popular, handsome, but mysterious actor. From Montreal originally, Sarrazin acted with both Jane and Henry Fonda–with Jane in “They Shoot Horses, Don’t They”?” and with Henry in “Sometimes a Great Notion.” They were directed in the latter by Paul Newman. Sarrazin’s big moment was co-starring with Barbra Streisand in a comedy called “For Peter’s Sake.” He had memorable eyes, and a lanky stance, but somewhere between Jack Nicholson, Peter Fonda, and a few others, he got lost. He was always cast with other top notch actors like George C. Scott. “Star Trek” fans may know him from the series, “Deep Space Nine.” In the end, there’s little publicity about Michael Sarrazin. Julia Phillips only mentions him in passing in “You’ll Never Eat Lunch in This Town Again.” From 1968 to 1974, Hollywood’s legendary “modern” era, he lived with Jacqueline Bisset. Sarrazin leaves two daughters from another relationship, each of whom works for the Montreal Gazette. Rest in peace.