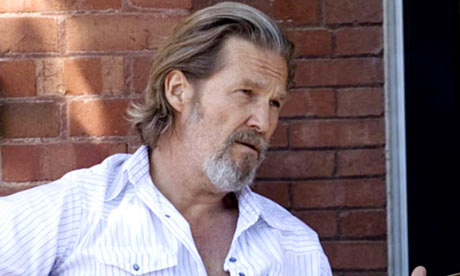 The trades are reporting that Oscar winner and now six time nominee Jeff Bridges “has inked a contract with Blue Note Records.” Yes, well, we told you this on November 1, 2010.See here: http://tinyurl.com/3gmlarf That was how many months ago? By now, the album should be recorded and ready to go, frankly. Anyway, just as I wrote almost six months ago, the album will have songs by Bridges as well as the writers whose songs made “Crazy Heart” so memorable.

Maybe Jeff will get a chance to play on “American Idol” or “X Factor”…If he gets on the former, beware the voting process. “AI” fans are still up in arms over the expulsion of Pia Toscano a couple of weeks ago. But producer Nigel Lythgoe tells our Leah Sydney— at the HRTS Hollywood Radio & TV SocietyNewsmaker Luncheon in Beverly Hills– that Toscano was never a contendah. .Her voting-off was “a surprise-but at the same time just  part of the process. I’m quite shocked about the furor over it all.  She was never in the top five.  There are always conspiracy theorists.  It’s going to happen every week now. I don’t think about the conspiracy theorists because they’re impossible.  We get the voting from AT&T and from Telescope.  Delighted with the judges and how tremendous they’ve been. We have huge talent this year-and I’ve really appreciative of that.”

The HRTS brought out all the reality Kingpins including Thom Beers (“Deadliest Catch”), Stephen Lambert, (“Undercover Boss”) and J. D. Roth, (The Biggest Loser)  and Sally Ann Salsano (Jersey Shore). They could have had a panel discussion about the destruction of scripted TV and the undermining of intelligence in America–but that’s for another lunch!