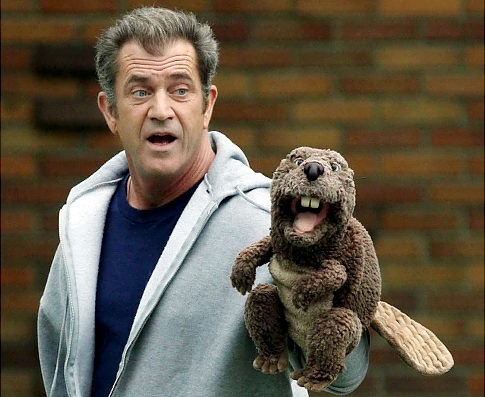 Jodie Foster‘s “The Beaver” starring Mel Gibson will be shown out of competition at the 2011 Cannes Film Festival. It’s one of four films to be shown that way, including Rob Marshall‘s “Pirates of the Caribbean: On Stranger Tides” and two non English language films.

This should be some controversy as Gibson–Public Enemy No. 1 in Hollywood–goes for his biggest attempt at a comeback. The Summit release opens in the US on May 20th, so the Cannes publicity is sure to help what could have been a disastrous opening weekend. This has to have been a very difficult decision for the festival’s programmer, Thierry Fremaux. But at least it’s out of competition–in a strange twist, Robert DeNiro is this year’s head of the jury. DeNiro would be sympathetic to old friend Foster, who starred with him when she was a child in “Taxi Driver.”

On the other hand, DeNiro left the production of Gibson’s last movie, “Edge of Darkness,” two days into work. He had gone on record then against Gibson’s anti-Semitic remarks and other scandals–preceding Gibson’s next scandal, with girlfriend Oksana Grigorieva.

The rest of the news from Cannes this morning was expected: all the films I mentioned yesterday, including Pedro Almodovar‘s “The Skin I Live In,” are in competition. Some other interesting choices include: Lynne Ramsay’s “We Need to Talk About Kevin,” with Tilda Swinton and John C. Reilly; Paolo Sorrentino’s “This Must Be the Place,” with Sean Penn and Frances McDormand (based on my favorite Talking Heads song); Lars von Trier’s “Melancholia,” with Kirsten Dunst and Kiefer Sutherland; and Nicolas Winding Refn’s “Drive” starring Ryan Gosling, Carey Mulligan, and Bryan Cranston.

In the Director’s Fortnight, aka Un Certain Regard, only one film from the Sundance Film Festival made the cut: Sean Durkin’s very well done “Martha Marcy May Marlene” with breakout star Elizabeth Olsen, sister of the twins Mary Kate and Ashley.