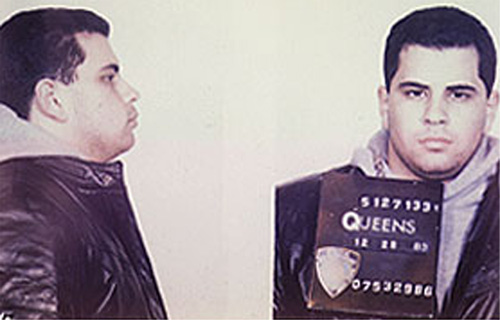 There was a press conference today in mid town Manhattan announcing the reality of a new movie called “Gottis: Three Generations.” John Travolta will play Satan himself, violent killer and crime lord John Gotti. Lindsay Lohan is signing on to play Victoria Gotti, John’s daughter. The movie will be produced by Marc Fiore, whose only other film — a throwaway comedy — had a budget of $500,000. His company is called Fiore Films.

The budget for “Gotti” is not known, but Travolta is famous for perk packages that run into the tens of millions: private chefs, gifts every Monday, those sorts of things. Sylvester Stallone has long been rumored to be involved with this. “Gotti” is now a project so tacky and awful that it must be made. There’s no going back. It already sounds like the kind of thing you see in the market at Cannes, with lots of weird screenings and presales in weird countries.

Still to be cast are John Gotti, Jr. and the rest of this wacky, lovable clan. I say lovable because Fiore told the press conference audience that he felt the love from this family. By the way, Joe Pesci is going to be in “Gotti,” playing Angelo Ruggiero, whose claim to fame–besides of course murdering–is that he brought the Mafia into the world of drug dealing.