One thing about the unexpectedly poignant funeral service last night for rock impresario Don Hill: you didn’t have to convince the guests to wear black. Rockers wear it 24/7. This group rolled in sporting it in all flavors, mostly leather. Luckily the service was called for 6:30pm, since also these denizens of the night aren’t always bright eyed and bushy tailed. St. Patrick’s — a Little Italy landmark since the 1830s–was the setting, very grand and elegant.

Among the guests: Bebe Buell and Jim Wallerstein, Leee Childers, Mick Rock, Danny Fields, the Misshapes, the Toilet Boys, Michael H., Michael Schmidt, Andy Hilfiger, Psychotica, Mistress Formika, and ‘everyone from Squeezebox and Beacv Her. Got that? Three people spoke: Don’s sister, his lawyer and friend of 20 years David Chidekel, and friend of 40 years, Anthony Paolo.

Joshua South, the bass baritone soloist with the St. Patrick’s choir, gave such a chilling version of Leonard Cohen’s “Hallelujah” that he brought this usually jaded group to tears. Anthony Paolo, who with his wife Pat knew Don from his early days at Kenny’s Castaways through the Cat Club and then on to his eponymous club, noted: “Don was not a businessman. He was a dreamer. He had no regrets. He lived his life big.” 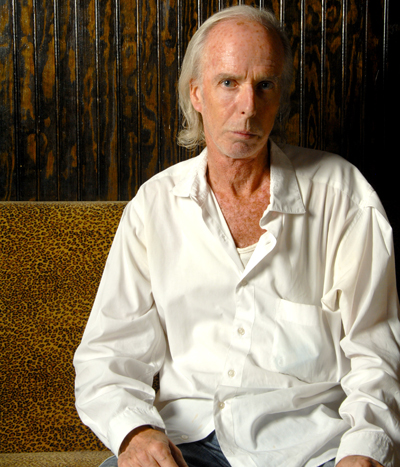 So now what? The building that houses Don Hill’s is owned by the Ponte family. They also own F.illi Ponte, the famed restaurant nearby on DesBrosses St. in West Soho. The neighborhood has gone from seedy to luxury condo’s in the last two decades, with only the Ear Inn bar still remaining from the good old days. I’m told there’s a lot of debt. Also, a lot of animosity to Don’s recent partner, Nur Khan, who’s hung inappropriate art and annoyed a lot of regulars. Can Don Hill’s survive without Don Hill? Unlikely. With CBGB’s and Hilly Kristal gone (thanks to Muzzy Rosenblatt), the Bottom Line killed by NYU’s bottom line, and so on–few rock clubs are left. Impresarios are thing of the past. Thanks Don, for having a vision!