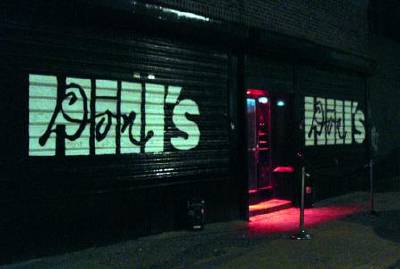 Word is just getting out that Don Hill, who ran his self-named famed rock club on Spring St. for almost twenty years, died today. There’s a memorial at midnight, 12 am Friday. No official word has come out yet but everyone from Moby to Bebe Buell is spreading the news with great sadness. Don was somewhere, I’d guess, between 65 and 75. He was ageless, though. With the end of CBGB and the Bottom Line and dozens of other clubs, Don Hill’s was the last original rock club. Recently Nur Khan and Paul Sevigny bought in and spruced the place up, but it was still Don Hill’s. All the great and legendary restaurateurs and club owners, from Elaine Kaufman to Don Hill, are disappearing now. We are at the end of not just an era, but maybe an eon. Rock on, Don.