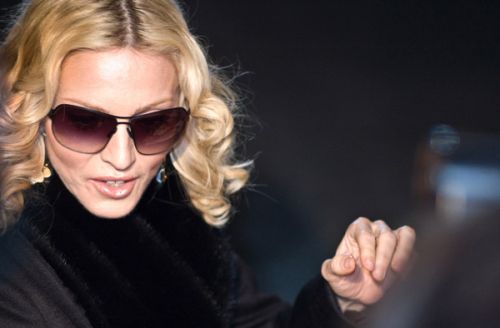 The facts are that Madonna and Raising Malawi have been involved in questionable activities for the last few years. Let’s not forget that in February 2008, Madonna corralled a bunch of famous people to donate $3.7 million at a specious charity fundraiser including UNICEF. She convinced Gucci to start its own foundation to accept the money because Raising Malawi still did not have approval as a registered charity. She didn’t just attend the event, as the Times says: it was hers from top to bottom. Read about it here, written by yours truly: http://www.foxnews.com/story/0,2933,321228,00.html

In today’s New York Times story, reporter Adam Nagourney–a good reporter, but a little late to this game–may have been somewhat conned. He says the Kabbalah Center provided him with a report about mismanagement at Raising Malawi. The report conveniently blames– or scapegoats–Phillippe van den Bosche. Madonna and Michael Berg, son of Kabbalah Centre owners Philip and Karen Berg–escape notice. Yet, Raising Malawi was totally Michael Berg’s project.

According to the most recent tax filing for Madonna’s own Ray of Light Foundation, she donated $2.25 million to Raising Malawi in 2009, and another $200,000 to Spirituality for Kids, a Kabbalah Center subsidiary.

Right now, the most recent federal tax filing for Raising Malawi–year 2009– shows a charity in the red with only $505,000 in fund balances. It also shows almost $3 million in wire transfers for a school that was never built, and for unspecified “RM Trust.” Where this money went, who sent it, and who got it, are issues that are unresolved.

This past winter, a cry went out from Malawi because Madonna had forced local people off their land in order to build her Oprah-like leadership academy for girls. Now the school plan is dead. The people have been moved for no reason. It’s a disaster of the greatest magnitude: American celebrity goes to poor African country, scoops up two children, and leaves the place a mess.

Madonna and Raising Malawi have still not conceded defeat. On the group’s website, the most recent statement comes from January 2011: “Madonna, whose Raising Malawi charity has made substantial inroads helping over a million children orphaned from the AIDS epidemic in that African nation, is stepping up the pace considerably on all fronts — especially in regard to her plans for building the Raising Malawi Academy for Girls.”