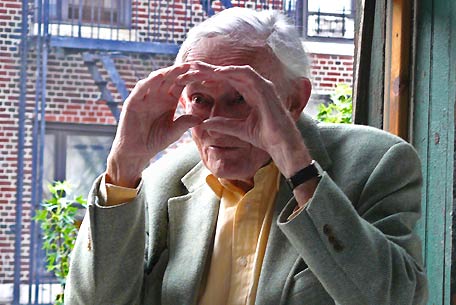 Richard Leacock, known to his friends as Ricky, died earlier today in Paris. He was 89 and had been ill for some time.

Leacock, along with DA Pennebaker, the Maysles brothers, and Bob Drew more or less invented cinema verite documentary. Whatever you see today from “The Real World’ to “Jersey Shore” was invented by these guys in the late 1950s and early 60s–only theirs were unscripted and actually a form of journalism. Leacock’s Wikipedia entry tells the whole story: http://en.wikipedia.org/wiki/Richard_Leacock.

DA Pennebaker went into business with Leacock in 1960 after seeing Leacock’s watershed 1954 film, “Toby and the Tall Corn.” I spoke to Pennebaker and his filmmaker wife Chris Hegedus this afternoon: “When I saw Toby, I said that’s it. It was the first film like that, where there was dialogue from the subjects. Immediately Bob Drew and I wanted to know who he was.  Later ge was my partner. We made several films together. I learned a lot about making this kind of film from him. All of the filmmakers [who do documentaries now] owe their start to him. He didn’t go into it for money. He kind of didn’t worry about that. He was willing to go into projects blind. That’s where I got the nerve to do that. We go in not knowing what’s going to happen. Without a script, we say what can the camera discover? It’s a big dark woods and you can see what you will find.” 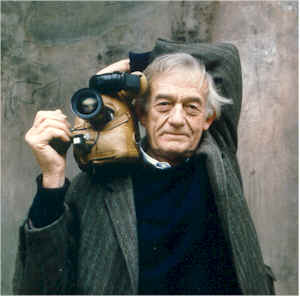 On a personal note, I’ve known Ricky–who really lives in Paris–through his family and through the Pennebakers. He was an elegant, serious man for whom there should be more awards and accolades. No one can measure the influence of Leacock Pennebaker films. Ricky will be sorely missed. His memoir will be published next spring.

Ironic: Leacock died one day before a big retrospective of his work is planned to begin in Paris. Also, today MTV renewed “The Real World” for two seasons. “The Real World” now is horrendous, but in its first couple of seasons the show–like PBS’s famous “An American Family”–owed its influences to Leacock, et al.