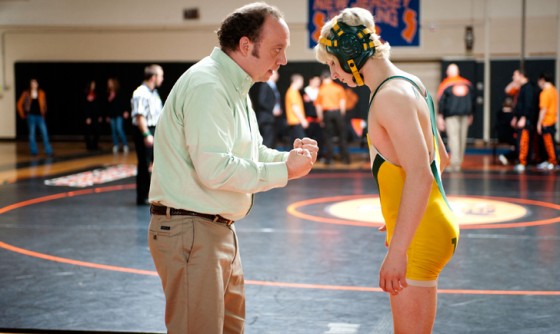 What a night for director Tom McCarthy in New York. His third film, “Win Win,” premiered to a hot crowd that included stars Paul Giamatti, Amy Ryan, Burt Young and Bobby Cannavale. Then Amy and Tom’s pal, Patricia Clarkson, co-hosted a party for them at the low ceiling’d bar under the Chelsea Hotel. Into the sardine tin like saloon came John Slattery and Talia Balsam, Kyra Sedgwick, Rachel Dratch, and Carol Alt. Giamatti–perhaps overwhelmed by the number of people per square inch, bailed early. But Ryan–getting ready for a last big run on “The Office” before her character, Holly, heads off into the sunset with Steve Carell’s Michael Scott–hung around with Clarkson. They’re old, good friends.

Clarkson, by the way, had to leave early, too. She’s off to New Orleans where she and Bryan Batt (“Mad Men”) are doing readings on Friday and Sunday of “Love Letters.” It’s to raise money for Le Petit Theatre, built in 1916. It’s the longest running continuous theater in the US.

Meantime, no one could quite figure out why “Win Win,” a charming, smart film, has an R rating. Apparently it’s because the “F” word is used a couple of times by a wrestling coach trying to rev up his high school team. This is why the MPAA must be overhauled immediately. “Win Win” should be seen by high school kids without a doubt. And it’s easily a movie that parents can go to with their high school age kids. There’s no sex, nudity, or violence. Just those two words. The MPAA should be ashamed of itself.

Also on the scene, director Tony Gilroy, who still hasn’t made his final choice for star of the new “Bourne” movie. I said, “Tony, how is everything?” “Fine,” he responded. “Just fine. Just print that.” He’s keeping mum for now, awaiting the formal announcement. 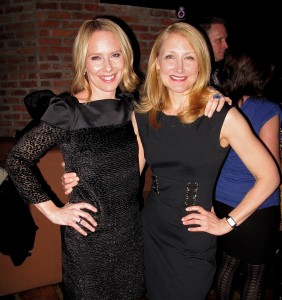