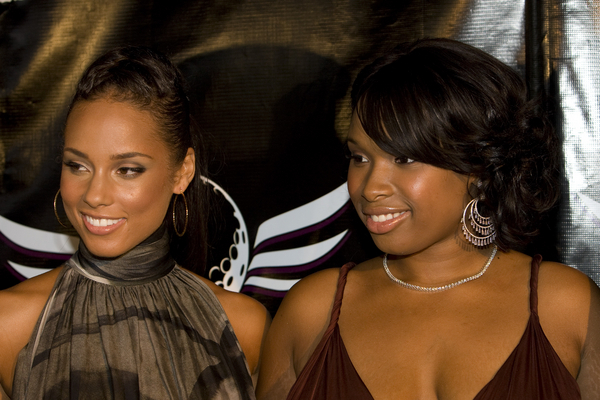 I’ve been listening to Jennifer Hudson‘s sensational new album, “I Remember Me,” all weekend. With the hit single, “Where You At,” the album hits stores a week from tomorrow with not one but three new songs composed by Alicia Keys. One of them, a tribute sort of to Aretha Franklin‘s “Angel,” sets the tone of the CD with it’s “shooby dooby doo” intro.

But listen, it wasn’t so easy to get these Alicia Keys songs onto this recording. Indeed, Larry Jackson–who co-produced the album with Clive Davis–wound up leaving Sony/BMG/J Records when Barry Weiss, then the head of the division, didn’t want to pay for them. I’m told Weiss balked at the price Keys and husband Swizz Beatz wanted– in the range of $100,000.

Luckily, cooler heads prevailed, and the Keys tracks stayed on “I Remember Me.” The Keys tracks are great– “Everybody Needs Love” and “Don’t Look Down” are her other catchy contributions. (They were worth the money, Barry! Live audiences and dance clubs are going to crazy for “Don’t Look Down.” ) But “I Remember Me” has a lot of other singles including “I Got This,” produced by Stargate, a great Diane Warren anthem called  “Still Here,” and the gospel tinged “Believe.” But one thing: it’s Hudson’s remarkable voice–genuine, authentic, organic, full of soul–that makes this collection a must have. In a time of Auto Tune and artifice, Jennifer Hudson is the real thing.

Weiss left for Universal Music Group right after Jackson walked out; now, ironically they’re both at UMG, where Jackson is a rising star. Weiss is running the New York operations for UMG under Lucien Grange.