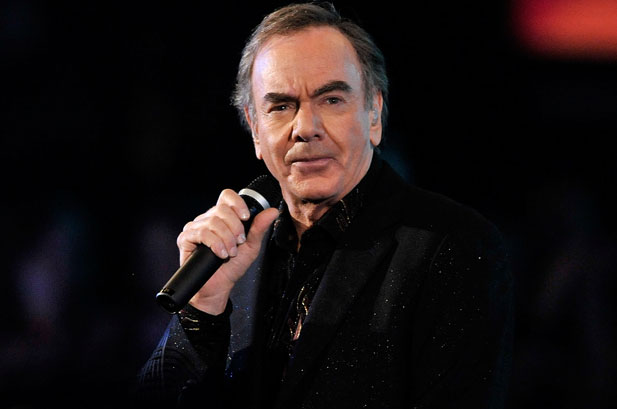 The Rock and Roll Hall of Fame’s 26th annual induction ceremony tomorrow night at the Waldorf is bound to have at least one indisputably great moment when Darlene Love finally gets her due, having first set the rock ‘n’ roll world on fire in 1962 as the voice of The Crystals on the Phil Spector-produced chart-topper “He’s A Rebel.” Neil Diamond, long ignored but equally deserving for his 1960s Brill Building songwriting and early hits, rectifies another glaring omission. I’ll leave others to sing the praises of Alice Cooper, Tom Waits and Dr. John–who are certainly credible.

This still leaves at least a score of music heroes I’d induct if given carte blanche, starting with Paul Anka, far and away the most important of the teen idols that made up much of early rock ‘n’ roll, and Lesley Gore, whose early ’60s Quincy Jones-produced classics include “It’s My Party” and the proto-feminist anthem “You Don’t Own Me.”

That surf music royalty Jan & Dean have been denied is, as they say, a travesty. I’d say the same about Lou Christie, one of rock ‘n’ roll’s most distinctive vocalists and songwriters. British Invasion group The Zombies have likewise been overlooked, despite its unique creativity.

The Turtles, Paul Revere & Raiders, Tommy James and Mitch Ryder all had landmark hits in the 1960s–lots of them–and merit RockHall recognition. Nancy Sinatra was a true female icon of the period, and has a score more hits than “These Boots Are Made For Walkin’.” Laura Nyro didn’t have any major hits of her own, but wrote key ones for the varied likes of Blood, Sweat & Tears, Three Dog Night, the 5th Dimension and Barbra Streisand–and her albums remain hugely influential.

The missing Roc kHall travesty of the 1970s is the New York Dolls, who helped set the stage for punk rock. Like ’em or not, Kiss did in fact “rock and roll all nite,” and Grand Funk Railroad was the ultimate arena/stadium rock act. And Joan Jett should go in, with or without her pioneering 1970s girl rock group The Runaways.

This website would also cite Chicago, Sonny and Cher, Blood, Sweat & Tears, Linda Ronstadt, Carly Simon, Chubby Checker and Mary Wells–and could easily make a strong case for all of them.

And let’s not forget one special man who should have gone in long ago as a Non-Performer: Ed Sullivan. Ed gave so many Rock and Roll Hall of Famers of all subgenres primetime national network TV exposure–for which all rock ‘n’ roll fans are forever indebted.

PS Editor’s note: and producers–Richard Perry, Phil Ramone, and Richard Gottehrer, just for example, as well as Quincy Jones. And of course, the glaring omission: the late, great Don Kirshner.

PS I hope when Neil Diamond makes his speech he mentions all the artists who’ve been ignored. He’s been on the ballot for years. It’s only been with a lot of outside pressure that he finally made it. Believe me, he was never Wenner’s first choice.