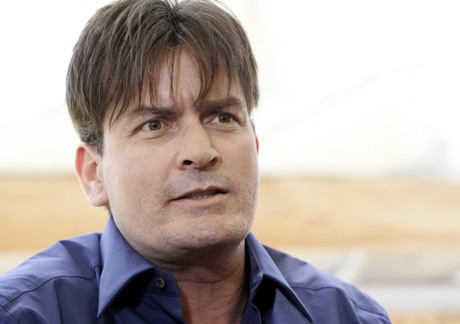 I think it’s possible that Charlie Sheen has worn out the media. He’s done it all, from Piers Morgan to the Today show to minor things and Howard Stern. Everyone took him; he was a great “get.” It didn’t matter that he was entirely crazy, ranting, making no sense. Now Charlie’s taken to Twitter, where he’s picked up 500,000 followers in one day. And you wonder how Scientology does it. They should hire him! Meanwhile, the gist of Sheen’s complaint seems to be that he has no money.

This is utterly hilarious in light of how “regular” people are struggling right now in this economy. Sheen makes $1.2 million per episode of “Two and A Half Men.” He’s completed sixteen episodes this season alone, and the show has been for 8 years. Where the heck is his money? He owns a home in Mel Gibson country–Agoura Hills, in Malibu–assessed according to a 2005 public filing for $2.5 million. According to reports, he bought a seven bedroom, $7 million-plus house in Sherman Oaks, California in 2006 as well.

He’s also bought homes for his sister and daughter. He arrived at Piers Morgan’s show in a large Maybach. (He bought it, according to reports, last November for $500,000– not exactly a Corolla.) So what gives? Has it all been spent on drugs and hookers? Of course, there’s alimony and child support–two ex wives, four little kids. But still, can anyone have sympathy for this devil? This pleading poverty is not going to work. And neither is Sheen calling the cast and crew of “Two and Half Men” his, or Sheen saying he created it. Chuck Lorre created the show. It’s his show. Sheen is just an actor in it.

Sheen also told one interviewer that he “won Best Picture.” I think he means Oliver Stone won Best Picture for “Platoon.” Charlie was in the movie.  But it’s hard to remember that when megalomania takes over.