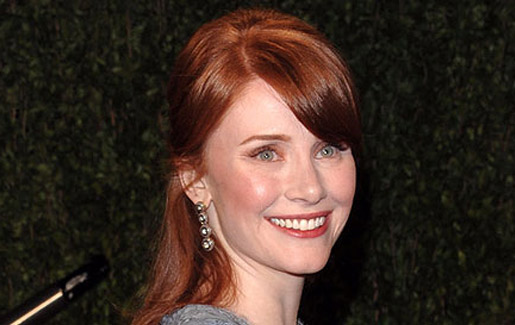 Exclusive: With all the Oscar stories and people swirling around this weekend, I did run into one of my favorite people, Bryce Dallas Howard, the talented and beautiful daughter of director Ron Howard. Coincidentally I’d seen Ron at lunch one day last week at the Grill on the Alley in Beverly Hills. But Ron–who’s prepping Stephen King’s “The Dark Tower,” didn’t tell me Bryce’s news; she did. Bryce is getting ready to direct her first feature and follow in her dad’s steps. T

he film, called “The Originals,” was written with her writing partner Dane Charbonneau. Previous reports suggested Ron might direct the film but they were inaccurate.

Bryce told me: “It’s like a “Breakfast Club” for my generation.” Bryce turns 30 next week, so she’ll be inviting some actors her age to be in the film which, of course, will be distributed by Imagine/Universal. Any actors in mind? “So far, I wrote a part for Zoe Saldana. But there are so many good choices out there.” Bryce is not giving up acting. She’s in the “Twilight” film series, but keep an eye out for her in “The Help” coming in April. The buzz is very strong.